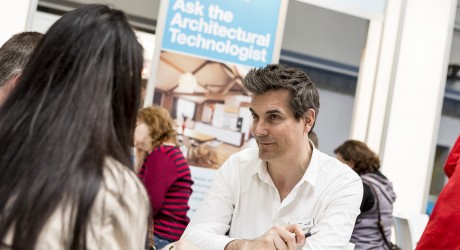 DESPITE fears that Brexit would create a prolonged air of uncertainty in the property market, a recent survey reveals that 83 per cent of self-builders are continuing with their building projects and only 1.8 per cent have decided to cancel, signifying a more positive long-term outlook.

The research, undertaken by The Homebuilding & Renovating Show, which is taking place at the Royal Highland Centre, Edinburgh this weekend (October 15 and 16)  also demonstrates that over 33 per cent of participants were convinced that the recently-lowered interest rates have potentially boosted confidence and that this would mean more people will take up projects.

Thirty per cent of the respondents currently have a project in progress and 81 per cent stated that improving their home was too important and the project would be completed despite the ups and downs of Brexit.

Over 78 per cent of those questioned said that they felt positive about current or future housebuilding projects and more than 64 per cent said that they have confidence in the housing market to remain stable post Brexit.

Michael Holmes, spokesperson for The Homebuilding & Renovating Shows, says: “We initially predicted that the referendum would create a temporary lack of confidence and a slight pause while people sought more visibility on the direction of the economy and the housing market.

“In addition, we knew that with the devaluing of the pound post-Brexit, imported materials were going to cost more which could potentially drive up construction costs.

“However, the research is more positive than we anticipated and demonstrates that those with a project already underway, or very close to starting, have decided to carry on with their plans regardless.

“My advice for those that see their home as somewhere to live and a long-term project is to carry on as normal. Fluctuations in costs are a secondary consideration, so having the right home should come first and foremost over any short-term gain.”

The Scottish Homebuilding & Renovating Show, Scotland’s largest consumer exhibition for self-builders, home renovators and improvers, is back at the Royal Highland Centre, Edinburgh on October 15 -16 2016.

For more information of tickets, visit www.homebuildingshow.co.uk/Edinburgh or call the ticket hotline on 0844 858 6754 (calls cost 6p per minute plus network extras).

The Homebuilding & Renovating survey tracks the state of the self-build market, post-Brexit.

It was open throughout September 2016 and was completed by 778 people all interested or actively involved in projects from small DIY/decorating ventures to larger developments such as extensions, conversions, landscaping and self-builds.

MEDIA RELEASE issued by Headline PR. You too can share your stories (aka press or media releases), on allmediascotland.com. Email here for more information.