Media Release: It truly is a wonderful world at the 14th Inverness Film Festival 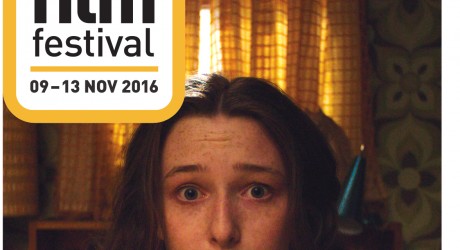 THE Inverness Film Festival director, Paul MacDonald-Taylor, delivers a carefully-considered, expertly-layered line-up once again for this year’s festival which takes place from the 9th – 13th November at Eden Court Cinema on the banks of the River Ness.

There are 56 screenings with 24 Scottish and three UK premieres, including highly-anticipated films from some of the world’s greatest auteur directors – Spike Lee, Xavier Dolan, Luc and Jean-Pierre Dardenne, Asghar Farhadi, Jim Jarmusch and Park Chan-wook - to name a few.

Festival director, Paul MacDonald Taylor, said: “Given the hundreds of film festivals in the UK, it is a great privilege to be able to present films by these directors before anyone else in the country.”

There’s a global feel to this year’s festival – geographically, the ‘Roof of the World’ refers to the Himalayas but the ‘Roof of the World’ strand of films featuring in the festival takes audiences to Tibet, Nepal, Afghanistan and Mongolia because each of the chosen films offers the same themes and imagery. From eagles soaring over the Mongolian plains to an incredible 1,200 mile pilgrimage across Tibet, these films are truly breath-taking.

Festival director, Paul MacDonald Taylor, said: “One of the most magical aspects of cinema is that it opens up a window onto the world.”

The festival is also celebrating cinema of the past with a programme that replicates what it would have been like for the majority of Highland audiences in the early 20th century with Remembering the Highland and Islands Film Guild – an evening of 16mm films, stories and poetry followed a writing workshop about memories of cinema.

There will also be a celebration of early female directors with Real Illuminators: Scotland’s Pioneer of Documentary Filmmaking.

Plus, for the bravest of cinema lovers there will be a screening Abel Gance’s 1927 masterpiece, Napoleon, in its newly-restored 330-minute glory.

MEDIA RELEASE issued by Eden Court Theatre & Cinema. You too can share your stories (aka press or media releases), on allmediascotland.com. Email here for more information.