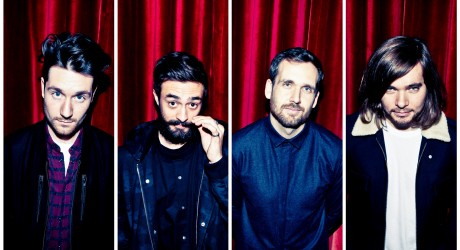 THE countdown to Clyde 1 LIVE 2016 continues with Bastille and Blossoms confirmed to play at December’s highly-anticipated SSE Hydro gig for a ‘night of the biggest bands’.

This morning, Clyde 1 breakfast show host, George Bowie, announced the additions to the line-up which already includes the Kaiser Chiefs and Tom Odell.

The night of top live acts will take place at Glasgow’s 12,000-capacity SSE Hydro on Sunday, 18 December. Sponsored by The Hub EK, and with four of the five acts announced, Clyde 1 LIVE 2016 is set to be an unforgettable evening for live music lovers.

Bastille, the five-piece band will play tracks from their brand new album, Wild World, as well as some of their best-known singles from their highly-acclaimed album, Bad Blood. Whilst Manchurian rockers, Blossoms, will perform a set including their hit debut single, Charlemagne, from their self-titled number one album.

George Bowie made the big announcement this morning on Glasgow and the west’s favourite breakfast show, Bowie@Breakfast.

Speaking about Clyde 1 LIVE, he said: “It just keeps getting better and better! What a brilliant line-up of acts all under one roof on the same night. I’m buzzing for it and the countdown is well and truly on!

“With one more act to be announced, it’s fair to say this is a night not to be missed. Make sure you get your hands on tickets before it’s too late!”

Clyde 1 LIVE is in its sixth year with the 2016 event the fourth in a row at the SSE Hydro.

To buy tickets and for more information, visit www.clyde1.com/live

The final act will be unveiled soon on Bowie@Breakfast, which runs every weekday morning from 6am to 10am on Clyde 1.

Keep up with all the latest Clyde 1 LIVE 2016 competitions, gossip, music and news on Clyde 1 online, via our app and on Facebook and Twitter: