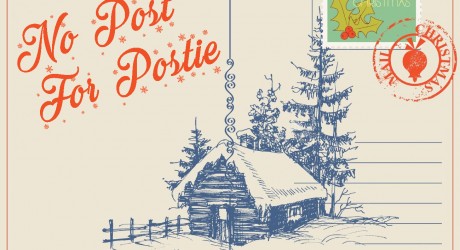 WITH Christmas around the corner, Eden Court CREATIVE have been busy rehearsing their annual festive show for under-five’s: No Post for Postie.

Set in the fictional village of Hollyberry, the story follows the local postman, Postie, as he works his way through the snow all day to make sure everyone gets their festive parcels and cards. But, when he gets home at the end of the day there is no post for Postie. Has everyone forgotten? Is Postie going to have a merry Christmas?

Previous sell-out shows have included Hummbug, Little Blue and When the Winter Wind Blows; each offering a multi-sensory experience to immerse the audience in truly festive theatre. No Post for Postie is no exception and combines a host of fun Christmas characters with humorous scenes and simple, repetitive words and phrases specially written so that children (and adults!) of all ages can easily follow the story.

CREATIVE manager, Kati Kozikowska, directs the show which stars two of Eden Court’s own Theatre Arts Workers: Jon Davies and Amanda Luscombe, who are both professional actors in their own rights. The team have been working together since September to create and rehearse a bespoke Christmas experience for the wee ones of Inverness and beyond.

CREATIVE have been developing work for under-five’s since 2007 and this year promises to be bigger and better than ever.

Building upon their previous success, extra dates have been added and the performance will be taking place in the Jim Love Studio. No Post for  Postie will be running from the 16th to the 22nd of December.

Kati Kozikowska said: “The under-five’s Christmas show is always the highlight of my year. Having a wee one myself, I merit the importance of interactive, visual theatre and it’s been a joy to explore this again with No Post for Postie.

“The team and I have had great fun coming up with the characters and bringing them to life with as much festive cheer as we could muster! There’s also a chance for everyone to post a letter to Santa in our postbox, so don’t forget to bring your letter!”