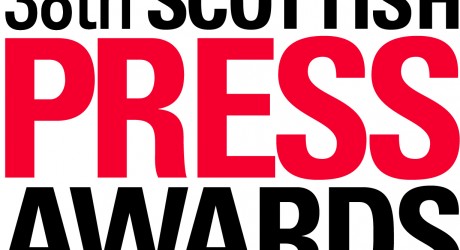 ORGANISERS of the Scottish Press Awards have announced that, for the first time, the competition’s judging panel will have a majority of female members.

At the launch of the 38th annual awards it was also revealed that serving editors will no longer sit on the judging panel.

Announcing a jury of 25 leading media experts and former editors, chair of the judging panel, Austin Lafferty, said: “There has been so much change in the air over the past year and this is a good opportunity to look again at the way the awards are judged.

“I very much welcome these changes and look forward to working with all the new judges.”

In another significant change, the external judges will be involved at all stages of the judging process – replacing a system in which they were only involved once entries had been whittled down to a shortlist.

The awards are organised by the Scottish Newspaper Society and its director, John McLellan, said: “As a newspaper editor, I helped judge the Scottish Press Awards for 15 years and I have long felt an overhaul was overdue.

“It’s not before time that we addressed the issue of female representation, and having a fully independent panel of judges enhances the scheme’s credibility.”

New categories have been introduced for digital team of the year and outstanding digital journalist to recognise the continued expansion and development of digital news publishing on all platforms.

There is also a new Sports Columnist of the Year category and Photographer of the Year has been expanded so the portfolios can include both news and sport.

The feature writer category has been expanded to include arts and entertainment.

The deadline for submitting entries is Monday 16th January 2017.

The shortlist will be published in March 2017 and the winners will be announced at the awards ceremony and dinner on Thursday May 11, 2017, at the Radisson BLU Hotel in Glasgow.

Entry forms and guidelines can be found here: www.scotns.org.uk/awards.