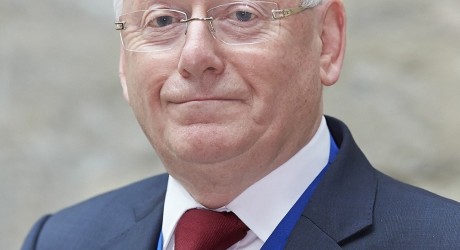 PROMINENT in the City of London government for over 20 years – serving as Sheriff of London in 2008 and Chief Commoner in 2013 – George Gillon is the former chair and current vice-president of the Caledonian Club of London.

He is the first Ambassador for ScotsCare, the charity for Scots in London (also known as the Royal Scottish Corporation).

The MBE was for services to the City of London Corporation and the Scottish community in London.

Commenting on his MBE, Gillon said: “It has been my good fortune to be part of the Scottish diaspora in London for almost 40 years, and to become immersed in the long history of Scots in the city, playing a large part in terms of voluntary service.

“To be Ambassador for this 400 year-old charity, promoting ScotsCare’s continuing tremendous work in helping Scots in Greater London, is an enormous privilege.”

George Gillon is a Fellow of the Royal Institution of Chartered Surveyors – initially with Graham & Sibbald, Dundee, Richard Ellis (now CBRE) in Glasgow and London, then running Drivers Jonas in the City of London.

He was for some years a non-executive director of Aberdeen-based Stewart Milne Group until his election as Sheriff of London in 2008 along with St Andrews-born Sir Roger Gifford, later Lord Mayor of London.

As chair of the Caledonian Club 2003-2006, Gillon saw through the doubling in size of its Belgravia building, helping secure the future of the 125 year-old club.

George was born in Aberdeen. His father, the late Rev. George Gillon, was a well-known figure there, and subsequently in Carnoustie and Dunblane.

MEDIA RELEASE issued by ScotsCare. You too can share your stories (aka press or media releases), on allmediascotland.com. Email here for more information.