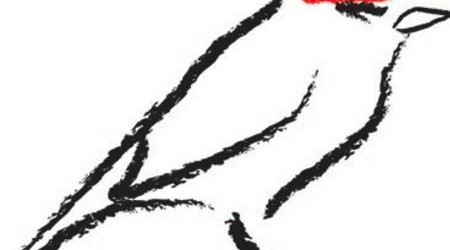 CHANNEL 4 today announced it has taken a minority stake in award-winning Firecrest Films, based in Govan, Glasgow.

This latest Indie Growth Fund investment, into the female-led Scottish TV company with a proven track record in high impact news and current affairs content, will help to expand the indie’s creative team to increase its range of factual programming across UK broadcasters.

Firecrest Films was set up by Nicole Kleeman in 2008 with an initial focus on current affairs.

Run solely by Nicole, the indie has consistently delivered award-winning content for the BBC, Channel 4 and ITN, generating over 40 front page stories, some of which have prompted resignations, arrests and parliamentary questions.

In the last 18 months, Firecrest’s output has grown significantly, expanding into features, documentary and specialist factual.

The indie’s multi-series returning format, Supershoppers, for Channel 4, won both this year’s BAFTA Scotland and RTS Scotland Awards for the best feature and factual entertainment programme.

Firecrest are currently in production with four series and three single films for the BBC and Channel 4.

Firecrest’s past production credits include: RTS Scotland nominated documentary The Secret Life of Your Clothes for BBC 2; a number of films for BBC 1’s Panorama, including The Truth About Pills And Pregnancy – which was nominated for a BAFTA Scotland award; and some of the highest-rating Channel 4 Dispatches films including Secrets of Poundland, Secrets of Cadbury and the BAFTA Scotland Award-winning Low Pay Britain.

Firecrest has also made several high-profile films for Channel 4 News, including Carry On Doctor, which was nominated for Investigation of the Year at the 2012 British Journalism Awards.

David Abraham, chief executive of Channel 4, said: “Nicole’s track record in delivering critically acclaimed content that has led the national news agenda demonstrates the creative talent we have across our Nations and Regions.

“Investing in an impressive Scottish producer such as Nicole builds on Channel 4’s ongoing commitment to develop a UK-wide creative industry with a focus on growing businesses outside of London to ensure TV better reflects the stories and lives of people right across the UK.”

Nicole Kleeman said: “It has been incredibly rewarding getting Firecrest to this stage but it’s now time to take the company to the next level.

“This is an exciting time for Scotland’s booming indie sector and, with Channel 4’s investment, I’m looking forward to hiring a new creative team to increase our output and in turn scale a significant factual TV business in Glasgow which will hopefully bring more opportunities to a new generation of Scottish production talent.”

Laura Franses, head of Fund, said: “We’re delighted to make our first investment into a news and current affairs company with considerable potential.

“I think it’s a great moment for the Growth Fund to invest in such a strong powerful entrepreneur and help her get to the next stage.”

Before setting up Firecrest, Nicole worked at the BBC for ten years as a producer on Panorama, Newsnight and The Culture Show, amongst others.

Channel 4’s new Growth Fund investment follows the corporation’s recent sponsorship of Indielab, the annual business growth programme which promotes a sustainable and resilient independent TV sector in the UK. Channel 4’s support is focused on equipping out of London indies with the knowledge, skills, networks and investment they need to scale their businesses and take advantage of opportunities in the market to achieve their full potential.

No output or minimum guarantees are given to invested companies in relation to Channel 4 commissions – and Growth Fund investments do not influence the strategy of Channel 4’s commissioning team which continue to work with the broadest range of suppliers.

Channel 4 launched the Indie Growth Fund in 2014, initially committing to invest up to £20million over a period of three years in minority stakes across a broad portfolio of television production and digital companies.

The fund aims to nurture the independent sector by providing access to funding for small-to-medium-sized companies based in the UK to help them grow and develop their business.

The fund continues to take submissions from companies who can register their interest by contacting growthfund@channel4.co.uk

MEDIA RELEASE issued by Channel 4. You too can share your stories (aka press or media releases), on allmediascotland.com. Email here for more information.