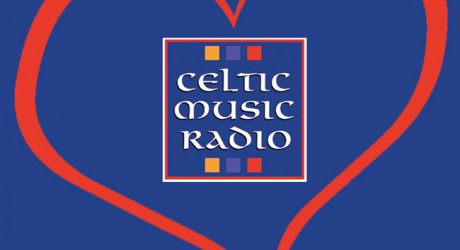 CELTIC Music Radio is set to deliver an unrivalled festival of music during this year’s Celtic Connections.

This is the 12th year in a row the community-based radio station will play a prominent part in Connections, which starts on January 19 and runs through to February 5.

Donald Shaw, artistic director of Celtic Connections, said: “It’s a pleasure to welcome back Celtic Music Radio as we are about to embark on this year’s festival.

“Their lively and informed shows and their busy hub in the Buchanan Suite in the Royal Concert Hall are enjoyed by audiences and artists alike.”

Over the 17 days – in addition to its normal 24-hour music programme schedule – Celtic Music Radio will broadcast for 136 hours from Connections and feature more than 70 live acts on 95FM and DAB across Glasgow and worldwide via its website.

Its Connections’ programmes – on air between 11am and 5pm daily – will include up-close-and-personal sessions from international acts as well the best musicians Glasgow and other parts of the country have to offer.

New and upcoming bands plus headline artists appearing at Celtic Connections are set to be part of the volunteer-run, charity-status station’s increased output.

The sparkling action will take place in the Buchanan Suite at Glasgow Royal Concert Hall from Mondays to Fridays and from the station’s studios at Admiral Street, Kinning Park on Saturdays and Sundays.

“Celtic Music Radio is proud to be at the heart of Celtic Connections with our own festival of music,” said Alex Jenkins, chair of the board of directors at Celtic Music Radio, which boasts 72,000 listeners a month in the Glasgow area and in 175 countries worldwide online.

“Our programme schedules will be dominated by live acts, interviews and informed conversations while our studio sessions on Saturdays and Sundays will be free to attend with donations always welcome.”

The station – a champion of new musical talent and a strong voice for contemporary and traditional Scottish music, arts and culture – has covered Celtic Connections since 2006.

For the fifth year running, Glasgow Caledonian University (GCU) is providing an outside broadcast unit support for the live performances, operated by Honours’ degree students

And for the second time, GCU is hosting a series of lunchtime concerts featuring some of the best musical talent from colleges and universities across Scotland live on Celtic Music Radio.

Patrick Quinn, senior lecturer in Audio Technology at GCU, said: “Collaborating at Celtic Connections with Celtic Music Radio gives our audio students a unique opportunity to work on live radio with a worldwide audience. It also further develops our strong links with local and national broadcasters.”

Celtic Connections on Campus starts on January 23 at 12:30 and is free to attend – details are on www.celticconnections.com

Listeners in the Glasgow area will be able to catch all the action on 95FM while those everywhere else can hear what’s going on via the station’s web link: www.celticmusicradio.net.