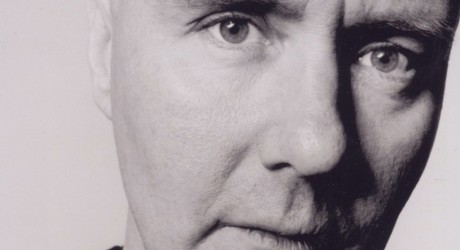 THE author of the book behind the film, T2 Trainspotting, is backing a new campaign against library cuts in Scotland.

Irvine Welsh, who was in Edinburgh at the weekend for the film’s world premiere – with the cast and director Danny Boyle – has lent his support to a national campaign, ‘Libraries Matter’, from the Chartered Institute of Library and Information Professionals in Scotland (CILIPS), ahead of its launch next month.

Libraries Matter, set to launch in February in the lead-up to Scotland’s local government elections on 4th May, will respond to the threat of closure and reduction in library services by highlighting the benefits and value that libraries deliver and show why public and school libraries matter so much.

Said Irvine Welsh: “I grew up in a scheme where every house and street pretty much looked the same.

“As a kid, it was essential to have your imagination fueled by a psychic portal into different worlds.

“That was my library in Muirhouse.

“That was why I became a writer and why camera crews from all over the world and Hollywood film stars and executives descended on my home town for the premiere of the film of my book.”

The campaign will also ask candidates standing in the local government elections that, if elected, they will invest in public libraries and support librarians to implement the National Strategy for Public Libraries and ensure school libraries are staffed by a professionally trained, full-time and on-site librarian and open every day.

“Now is the time to speak out and tell local councillors and government why libraries matter to each and every one of us.

Issued by JK Consultancy on behalf of CILIP in Scotland. For further information, please contact Jenny Kumar on 07989 557198 or jenny@jkconsultancy.com

About CILIP in Scotland

The Chartered Institute of Library and Information Professionals in Scotland works in partnership with CILIP to advocate the value of library and information professionals’ skills to society and to support members of CILIP in Scotland in attaining and retaining professional qualifications.

CILIP in Scotland is a Scottish Charitable Incorporated Organisation Registration No: SCO38532