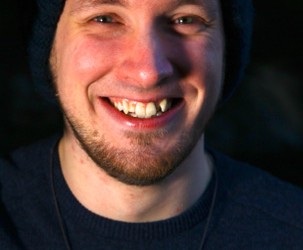 NEVIS Landscape Partnership and the Fort William Mountain Festival are delighted to announce that 25 year old Robert Mackenzie, the new regional development officer (west of Scotland) for ClimbScotland, is the third recipient of The Scottish Youth Award for Excellence in Mountain Culture.

The award, established in 2015, is part of a wider project between the two organisations to celebrate adventurous young people, the landscapes they choose to explore and the outdoor pursuits in which they excel.

Nominated by the public and his peers as a young mountain hero who celebrates achievement, accomplishment and the spirit of adventure, Robert Mackenzie joins Zeki Basan (2015) and Natalie Berry (2016) – as the next Youth Ambassador in the Fort William Mountain Festival Hall of Fame.

Inverness born and bred, Robert Mackenzie has been climbing for 22 years, ever since his first day outdoor climbing at the age of three. Since then, he has had a passion for climbing in all its formats.

At 19, Mackenzie moved to Glasgow for university where he got a job coaching the Glasgow Climbing Youth Squad, becoming head coach four years later. The squad now has 42 young athletes from around Glasgow, two of whom Robert coached to GB team status.

Robert believes that there is nothing better than a good day out in the mountains and he has always been keen to encourage as many people as possible to share that experience.

In 2015, he set up the Glasgow Gorillas Climbing Club in order to introduce his young climbers to outdoor climbing. With the help of a great group of parents, he has been running outdoor climbing trips every month since then. Together, they have introduced around 35 kids to traditional and sport climbing and bouldering.

Robert left the position of head coach of the Glasgow Climbing Centre Youth Squad in October 2016 to take up his new regional development role for the west of Scotland at ClimbScotland.

Robert’s main roles in this position are to increase grass roots participation, develop and support pathways into climbing, encourage better use of indoor climbing facilities and to promote and report on ClimbScotland events and competitions. He is still involved in the coaching at ClimbScotland’s national youth academies.

Mike Pescod, chair of The Highland Mountain Culture Association Limited, organisers of The Fort William Mountain Festival, said: “We can hardly believe that this is the third year of The Scottish Youth Award for Excellence in Mountain Culture.

“Our previous ambassadors have been outstanding young people and with Robert Mackenzie there is no exception to that level of excellence. He represents an exemplar in influencing other young people by showing it is possible to achieve high levels of personal and sporting success through his own passion for climbing and Scotland’s outdoors.”

Robert Mackenzie will be presented with his award in Fort William on Saturday 9 February at the Fort William Mountain Festival; together with Dr Hamish Brown MBE, who has won The Scottish Award for Excellence in Mountain Culture in its tenth anniversary year.

This award is presented with support from Corpach Boatbuilding Co. Ltd.

Without this support the award would not have been created or continue to be presented each year. Encouraging young people into active healthy lifestyles in the outdoors goes alongside the graduate placement and apprenticeship work that continues at Corpach Boatbuilding Co.

To find out more about the full Fort William Mountain Festival programme for 2017, go to: http://www.mountainfestival.co.uk/

If you are keen to attend the Fort William Mountain Festival for a commissioned travel feature or adventure / activity feature please contact Paddy Cuthbert to discuss a funded press trip to the ‘Outdoor Capital of the UK’.

Amongst the criteria for the Scottish Youth Award for Mountain Culture award the young recipient needs to have shown resilience and determination to succeed within their chosen area of expertise (linked to an outdoor theme), shown results through their own efforts and ideas, given back to their community, succeeded in the face of adversity; whilst being thought of as an example of excellence by others.

Previous recipients of The Scottish Award for Excellence in Mountain Culture are:

Previous recipients of The Scottish Youth Award for Excellence in Mountain Culture are:

Jöttnar – The Fort William Mountain Festival is presented by Jöttnar, technical clothing for mountaineering, winter climbing and all-mountain skiing. http://www.jottnar.com. Said a spokesperson: “We were in the Norwegian mountains during a fierce Arctic winter when inspiration took hold: the development of a technical outdoor clothing range that would protect against the raging brutality around us, but also capture the purity and elegance of the Scandinavian landscape.

3 Wise Monkey’s Climbing – http://threewisemonkeysclimbing.com/ Three Wise Monkeys Climbing is an awesome new Indoor Climbing Centre in Fort William. No more nothing to do on a rainy day, no more nothing to do on the dark winter evenings. 3 Wise Monkeys happened because we believe the UK climbing community deserves better – and we’re pushing ourselves all the time to make that happen – want to sign up for the ride? Well, why are you reading this? You should be here climbing!