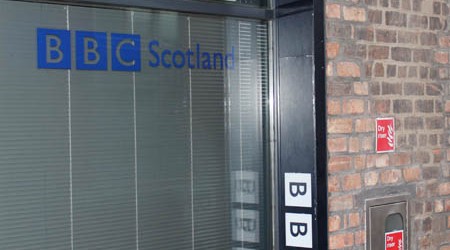 THE BBC needs to reflect the UK and the people it serves.

The new Charter emphasises the importance of this.

An announcement for Wales was made yesterday and further announcements will be made shortly.

The BBC is the national broadcaster for Scotland. The BBC wants to do even more to reflect Scotland on screen and to recognise the need to spend more of the licence fee raised in Scotland on Scottish content and services.

That is why the BBC is making the biggest single investment in broadcast content in Scotland in over 20 years.

From autumn 2018, the BBC will be broadcasting a new TV channel – BBC Scotland.

We will invest £19m in the channel and in digital developments.

We are also putting another £1.2 million into BBC Alba – which takes the total new commitment to services for Scotland – in Scotland – to £20 million.

We are also currently making major investments in Scottish programming across the BBC’s network TV output, with a particular focus on the commissioning of drama and factual programmes.

Compared to 2015/16, this means we will be spending around £20m extra, per year, over the three years to March 2019. This will support the delivery of our network production targets and put a greater emphasis on portraying the nation.

The new channel, BBC Scotland, will:

* Broadcast from 7pm every evening;

* Provide a full mix of content to inform, educate and entertain – including its own integrated hour-long news programme at 9pm (15 mins at 7pm weekends), edited and presented from Scotland (this will lead to the creation of around 80 new journalist posts);

* Work in close partnership with the creative sector, other national institutions and other broadcasters to produce and acquire content;

* Work in collaboration with other BBC television channels to offer additional content;

* Have its own prominent EPG slot on broadcast channels in Scotland;

* Be available online and in iPlayer in HD in Scotland and across the UK;

* Support the delivery of extra programmes for BBC Alba as well including weekend news in Gaelic; and

* Together with existing funding, the channel will have an initial budget of over £30million.

Tony Hall, BBC Director-General, says: “I said at the beginning of the year that the BBC needed to be more creative and distinctive. The BBC is Britain’s broadcaster but we also need to do more for each nation just as we are doing more for Britain globally.

“The best way of achieving that is a dedicated channel for Scotland. It’s a channel that will be bold, creative and ambitious, with a brand-new Scotland-edited international news programme at its heart.

“The BBC has the luxury of having first-class creative teams and brilliant journalists, who I know will make this new channel a huge success.

“The additional investment in Scottish drama and factual programming rightly recognises both the need to do more across our output and the huge pool of talent available in Scotland.

“We do make great programmes here, such as Shetland, Britain’s Ancient Capital – Secrets of Orkney, Two Doors Down and the brilliant Still Game – but we do need to do more.

“All of this combined amounts to the biggest single investment by the BBC in broadcast content in Scotland in over 20 years.

The proposals will be subject to approval by the BBC’s new unitary board, and as necessary, by [broadcasting regulators] Ofcom.

The BBC will shortly be making announcements about what more it will do in Northern Ireland and for Britain globally.

Our TV offer performs well so we think there is a real opportunity to build on that success. In our audience research there was strong enthusiasm for a TV channel that took Scottish identity and culture seriously.

In terms of the mix of programming and content for the channel, our plans already include new originations, an integrated news programme at 9pm (15mins at 7pm at weekends), acquired programmes and programmes from partners in the creative sector and from other countries and a selection of content sourced from other BBC services.

The aim of the integrated hour-long news programme at 9pm is to provide comprehensive reporting and analysis of the news at the end of the day from a Scottish perspective. It will draw on the best news content from network news and Reporting Scotland, reworking where necessary, and include substantial original journalism from an expanded BBC Scotland specialist team.

It will not compete with any other terrestrial news programmes and will offer audiences an alternative to high-end drama and entertainment scheduled at this time on other channels.

The BBC looked at the option of a Scottish Six, but we believe that there is no significant Scotland vs. UK gap in appreciation for the Six o’clock News or 6.30pm news programme. The Six has performed strongly in Scotland in recent years and moved ahead of STV News at Six.

Our proposals will offer choice and quality: the new programme will not compete for resources with either The Six or Reporting Scotland, and the new investment will make it possible to deliver a step change in the quality of Reporting Scotland on BBC One Scotland and make other news and sport services better as a result of the availability of additional content. Bilingual reporter / production talent will extend the benefits to Gaelic news.

We have committed to enhancing our programmes and services in all three Nations. Today’s announcement is about Scotland – we announced funding for Wales yesterday and we will set out our plans for Northern Ireland in the coming weeks

We are also proposing to invest £19m a year into the new Scottish channel and in digital developments. Together with existing funding of roughly £10m, that will make the total channel budget around £30m.

MEDIA RELEASE issued by the BBC. You too can share your stories (aka press or media releases), on allmediascotland.com. Email here for more information.