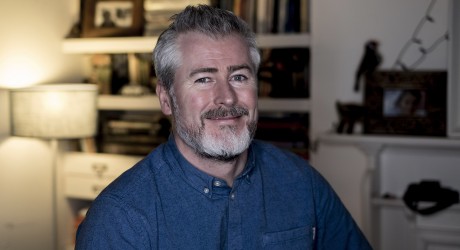 PROFESSOR of Media Practice and director of the Creative Media Academy at the University of the West of Scotland, Nick Higgins, comments:

“Yesterday’s announcement (here) from the BBC is good news for the Scottish television and film industry.

“For years, the sector has been crying out to receive more back from the licence fee funds and an additional £40 million, whilst still less than the funds Scottish viewers pay into the licence fee, is a very welcome boost to the production sector.

“It is encouraging to see a commitment to 80 new journalism jobs that clearly marks out an ambition to significantly increased news coverage, but this comes at a time when a dedicated national local news service is also about to launch in the form of STV 2 – the result of a combination of STV’s successful bids to run local television licences in Glasgow, Edinburgh, Dundee, Aberdeen and Ayr.

“This is obviously good news for students of journalism and television at UWS but it does raise an interesting question for the broadcasters; how will these news services be distinct?

“Where there is even less clarity is surrounding the new funds for drama and factual television.

“Ever since the demise of Waterloo Road, the network drama filmed out of Gourock, the quest to secure a returnable Scottish drama has been ongoing and given the nature of our new Netflix and Amazon Prime media landscape, this is a challenge that members of the film sector are also keenly interested to answer.

“Drama, however, is notoriously expensive and commissioners are risk averse and it remains to be seen if the extra funds will lead to a new era of Scottish commissioning whereby some of our best film directors and screenwriters will at last be given the chance to work on the small screen.

“Equally, the commitment to more factual production is very positive news but raises questions as to what kind of documentaries will be commissioned? Will they all be in-house BBC? Will they need to be on Scottish subjects?

“Or could this be the moment when Scottish documentary filmmakers, at last, are able to make films about international stories and events that, whilst not featuring Scottish characters, would be of significant interest to Scottish audiences and perhaps also help those audiences to see Scotland as a nation interested in the world and not just what is happening in its own backyard?”