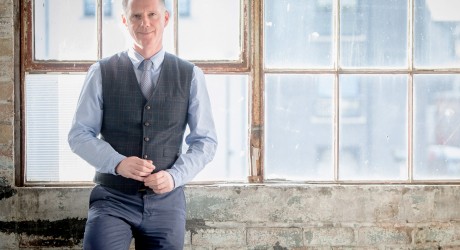 AN overwhelming number of influential journalists say that PR photography is crucial to achieving media coverage, according to a new survey.

Public relations agency, Holyrood PR, questioned more than 120 frontline journalists to establish how important it was for PR stories and pitches to be accompanied by images.

Now the results have revealed that a significant majority of journalists – from newspaper editors to freelance journalists and online reporters – say that PR photos are one of the most important ingredients in achieving coverage success.

Findings showed that almost 85 per cent of journalists said PR photographs were either essential (35 per cent) or very important (49.6 per cent) to catch the attention of a professional in a busy news operation.

A similar number agreed that it was essential (31.7 per cent) or very important (52.9 per cent) when asked, ‘How important are good-quality and free to use images in helping a story make it into the printed product (newspaper or magazine)?’.

The results were similarly decisive when journalists were asked how important a role ‘free to use’ PR images were in helping a story to appear online – with 41.8 per cent classing images as ‘essential’ and a further 39.3 per cent saying pictures were ‘very important’ in achieving web coverage.

Scott Douglas (pictured), director of Holyrood PR, which is based in Edinburgh, said: “Our own experience told us very clearly that high-quality PR photography will dramatically enhance the chances of achieving coverage.

“However, that was based on gut feeling and we wanted hard evidence. As a PR agency, we have a vested interest in getting this right and being able to advise clients with confidence how good images can help their stories achieve coverage.

“Even we were surprised by just how emphatically this was confirmed by journalists at every level, covering news, business, health, motoring and special industry sectors.

“While the results were anonymous, we got feedback from journalists on newspapers, trade magazines, web-only publications and social media sites. It really was wide-ranging.”

Of the 123 respondents, 33 per cent described themselves as print/online/multimedia journalists.

Another 26 per cent classed themselves as news planners/news editors, while 24 per cent were senior news executives, including editors. The rest of the sample included production journalists, freelances and photographers.

Scott Douglas added: “Of course there are still a very small number of journalists who say that pictures are not important to them. But it is increasingly a visual age.

“These results put it beyond any doubt that PR images are vital when it comes to helping clients achieve coverage in a huge range of news outlets.”

The survey also asked journalists to list the top three most important factors when receiving images, with the standout responses being ‘free to use’, which had a response rate of 68 per cent, followed by ‘relevant and add value to the accompanying story’ at 53 per cent. The third most important factor was ‘well-composed and in focus’ at 38 per cent.

A number of journalists also offered their views on the survey – in particular calling for greater understanding among PR professionals about the growing media need for high quality, free-to-use PR images.

While happy to download images from Dropbox or similar services, he discourages ‘selfies’, though still occasionally receives them.

He added: “We always need a photo for a story. If the agency doesn’t supply a photo we will normally just use the LinkedIn photo from the main quoted source. The agency and client thus lose control of the quality of the picture which can impact on the brand value.”

Howard Lake, at Fundraising UK, added: “I regularly point out to charities and their agencies that send me news for my fundraising news site, that every story requires an image.

“If I’m particularly miffed, I’ll point out to them that the last newspapers to be printed without any images appeared in the 1800s.”

Sheila Manchester, editorial director at Propertydrum Ltd, said: “Pics are the most frustrating element of my work. Probably only 25 per cent of stories come with a useful, ready-to-use image.

“And many are sent by companies who we regularly work with! Doh.”

Rahiel Nasir, editorial director at Kadium Limited, added: “It is a huge bone of contention with me and is the subject of my constant gripes with the PR industry. I truly hope something positive comes out of this.”

Holyrood PR is a multi-award winning PR agency in Scotland which was founded in 2002 and counts CALA Homes, Bupa and Scottish Water among its blue chip clients.

It carried out the research while offering clients a discount photography deal in partnership with Wullie Marr, Scotland’s reigning Press Photographer of the Year.

The full survey results can be downloaded here.

MEDIA RELEASE issued by Holyrood PR. You too can share your stories (aka press or media releases), on allmediascotland.com. Email here for more information.