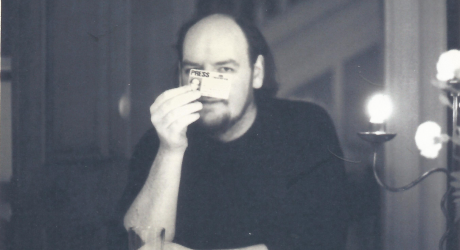 A WRITING award is being set up, to recognise the late Scots journalist, Ian Bell.

Says a spokesperson for the award organisers, the Edinburgh & District branch of the National Union of Journalists: “Ian was a member of the branch and was a firm supporter of trade union rights.

“Inspired by an idea from Ian’s widow, Mandy – and supported by his son, Sean – the branch is setting up an award in Ian’s name for young writers.”

The hope is that, if the first award is successful, it will become an annual event.

The competition will be open to writers under the age of 30 and will be for a piece of unpublished work in the critical spirit of Ian Bell, who died in December 2015, aged 59.

The branch, together with a nominee from Ian’s family, will invite submissions and set up a small judging panel.

The spokesperson added: “We will, depending on fundraising, offer at least a modest financial prize, and we hope to secure publication of the winning entry in a prominent print or online publication.

“We think that Ian would have approved of this initiative to support young writers, who in many ways have an even harder time to make their way today than when he was young.

“It will be a very fitting way to remember him.”

MEDIA RELEASE issued by Edinburgh & District branch, NUJ. You too can share your stories (aka press or media releases), on this site. Email here for more information.