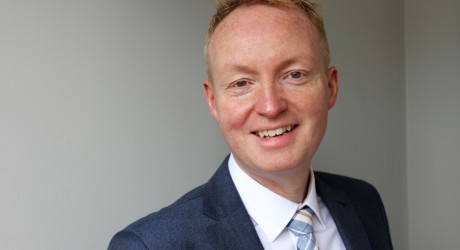 JOHNSTON Press has today named Frank O’Donnell as the new editorial director of The Scotsman.

Frank, currently director of Digital Content for Johnston Press, will take charge at the flagship title – as well as Edinburgh Evening News and Scotland on Sunday – on 18th April.

He was assistant editor of The Scotsman between 2010 and 2012 before becoming editor of the Edinburgh Evening News, a position he held for three years.

In his new role, Frank will also work in collaboration with editors of Johnston Press’ 28 Scottish weekly titles, as well as ensuring growth of the i newspaper in Scotland.

Johnston Press’ editor-in-chief, Jeremy Clifford, said: “I am pleased to see Frank emerge from what was a very strong field of candidates – both internal and external – reflecting the quality of talent we have in Johnston Press and in our industry.

“This was a tough and rigorous selection process and I would like to thank all candidates who figured so strongly during the interviews.

“Frank will lead the three titles through what is certain to be one of the most important times in Scotland’s history and will be in charge of positioning The Scotsman to be the leading media voice during this period.

“He has set out a first-class vision to develop The Scotsman in print, build its brand, develop the team and lead the digital transformation of the business.”

Edinburgh-born Frank, 46, who will be The Scotsman’s 27th editor in its 200-year history, said: “It is an enormous privilege to be at the helm of three great brands.

“The Scotsman is in its 200th year and has reported on every significant event in the country’s modern history.

“As we enter a period of further change, The Scotsman’s role as an independent and impartial voice in this debate will be more important than ever.

“Digitally, scotsman.com and edinburghnews.com have been strong platforms for many years. It is time to invest further focus and energy to take our online storytelling to a new level.

“I’m looking forward to returning to the newsroom and working with many of the most talented journalists in Scotland.”

Ashley Highfield, Johnston Press CEO, said: “Frank’s appointment demonstrates JP’s commitment to see the development of The Scotsman brand in all formats and, along with the i newspaper and our Scottish local titles, continue to grow our market share in Scotland”.

Frank, who replaces Ian Stewart, began his career as a reporter with the Carrick Gazette in Girvan, later moving to Dundee Press Agency in 1998.

He joined The Scotsman in 2000 and held numerous roles with the title including Edinburgh reporter, specialist reporter, forward planning editor and news editor before moving into senior editorial positions.

A year of celebrations to mark The Scotsman’s bicentennial started in January with a special souvenir edition, which included a letter of congratulations from The Queen and goodwill messages from around the world.

In the first 12 weeks of 2017, The Scotsman’s ABC has increased, cumulatively, 4.6 per cent, year-on-year, with year-on-year digital audiences up 14 per cent.

MEDIA RELEASE issued by W Communications. You too can share your stories (aka press or media releases), on this site. Email here for more information.