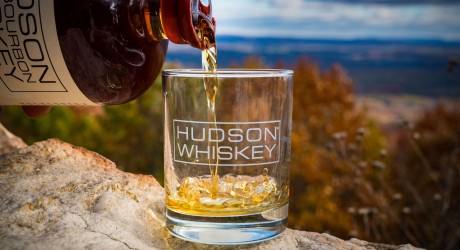 Considered the inspiration of the American craft whiskey movement, Tuthilltown produces a number of craft spirits including the award-winning Hudson Whiskey which was acquired by William Grant & Sons in 2010.

Based in the Hudson Valley, William Grant & Sons has acquired the entire 36-acre Tuthilltown facility which includes the distillery that produces Hudson and a variety of other local craft spirits brands, the gourmet restaurant, visitor center and scenic grounds with riverfront views.

Well known for its 130-year history of world-class Scotch whisky distilling, this acquisition will expand the William Grant & Sons reach into craft American whiskey distilling for the first time.

William Grant & Sons’ chief executive officer, Simon Hunt, commented: “In 2010, William Grant & Sons bought the Hudson Whiskey brand as we were not only attracted to the possibilities within the American whiskey category but in particular, the authenticity of the Hudson brand and the excellence of the whiskey; the same is true of the distillery.

“The entire team at Tuthilltown bring an incredible passion to what they do and possess an entrepreneurial spirit that we will whole heartedly encourage.”

In a short time, the craft distillery – founded by Ralph Erenzo and Brian Lee – quickly achieved acclaim having won numerous industry accolades and, given its historic association with the Hudson brand, the acquisition of the distillery is a logical addition to William Grant & Sons’ operations in the US.

Hunt continued: “Ralph will still be very much involved in the business on a day-to-day basis, collaborating and experimenting with our team of distillery experts and Master Blenders.”

Erenzo commented: “William Grant & Sons is a company that holds true family values and is home to a number of spirits brands we respect and admire.

“It is renowned for its excellence in distilling and we share similar. We’ve been working with William Grant & Sons for a number of years and look forward to building on that relationship to help Tuthilltown fully achieve its potential.”

Since first being introduced in 2006, the Hudson Whiskey range has created a stir within the industry and the bartending community, as well as among discerning consumers.

William Grant & Sons Holdings Ltd is an independent family-owned distiller headquartered in the United Kingdom and founded by William Grant in 1887.

Today, the global premium spirits company is run by the fifth generation of his family and distils some of the world’s leading brands of Scotch whisky, including the world’s most awarded single malt Glenfiddich®, The Balvenie® range of handcrafted single malts and the world’s third largest blended Scotch, Grant’s®, as well as other iconic spirits brands such as Hendrick’s® Gin, Sailor Jerry® Spiced Rum, Tullamore D.E.W.® Irish Whiskey, Monkey Shoulder® Blended Malt Scotch Whisky and Drambuie® Scotch Liqueur.

William Grant & Sons has been honored as ‘Distiller of the Year’ by the prestigious International Wine & Spirit Competition and International Spirits Challenge 11 times over the past 16 years.

For more information on the company and its brands, please visit www.grantusa.com.