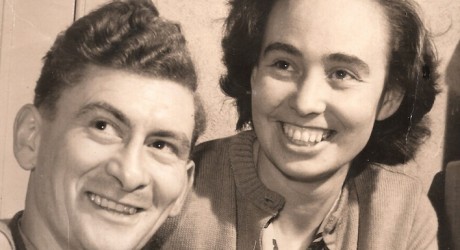 FORMER Daily Record journalist, Stuart Barr, has passed away at the age of 89.

His distinguished newspaper career began as a reporter with the Govan Press in Glasgow.

This was interrupted by National Service following World War II when he joined the Royal Navy.

While stationed in Rosyth, Fife, he met Helen, his wife of 67 years, who died last year aged 92.

He was Daily Record assistant editor for about 20 years before retirement in the 1980s.

But he could not stay idle and returned to help launch The Glaswegian newspaper before embarking on a second career as a journalism lecturer.

Students at Strathclyde University, Glasgow Caledonian University and Cardonald College recall his great passion for newspapers, accuracy and good timekeeping – latecomers would be locked out!

His late brother, Charlie Barr, was picture editor at the Record while his father, Charles Barr, was a staff photographer there.

Stuart died on Sunday at the Queen Elizabeth University Hospital in Glasgow. He is survived by his son Scott and daughter Susan, and had two grandchildren.

His funeral will take place at Clydebank Crematorium on Friday, May 5, at 1.30pm

MEDIA RELEASE issued by Russell Findlay on behalf of the family of Stuart Barr. You too can share your stories (aka press or media releases), on this site. Email here for more information.

Russell Findlay, on behalf of the family of Stuart Barr · Other · Scotland-wide