Media release: A stronger voice for women on air 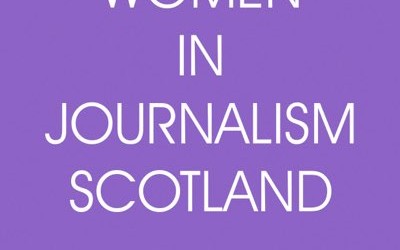 WE all know there are not enough women’s voices on the air – so Women in Journalism Scotland is taking action.

We’ve organised a day of coaching, thanks to BBC and STV, aimed at women journalists working in print, online and digital who’d like broadcast experience.

The day commences with an introduction and lunch, followed by a session on confidence and resilience by EY partner, Tricia Nelson.

Tricia will also address the concerns many women may have about broadcasting and about putting themselves forward as experts.

Lynsey Bews, a political journalist from the Press Association, who is often called on as a commentator by broadcasters, will also add her input.

The afternoon will conclude with a debrief and some networking drinks at the BBC, to which BBC and STV senior producers will be invited to meet participants.

Your £20 fee entitles you to membership of Women in Journalism Scotland and an opportunity to attend further networking, training and campaigning events for women who work in the media.

For further information about Women in Journalism Scotland, visit our new website at https://womeninjournalismscotland.wordpress.com/