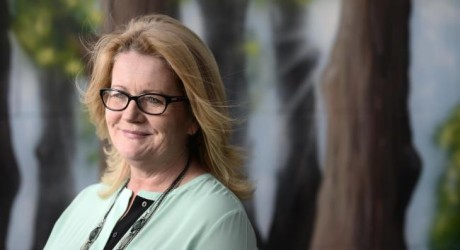 IMPROVED services for people sleeping rough on the streets of Edinburgh and Glasgow are expected, following a deal struck between two charities specialising in ‘outreach work’.

The dual role now being performed by Lorraine McGrath will see both organisations build on an already existing relationship of sharing expertise in their joint pursuit of providing practical support to people who are homeless or at risk of becoming homeless.

The opportunity for McGrath to take on the twin roles followed a vacancy arising at Streetwork.

“To have access to the skills, talents and resources of Simon Community Scotland – with whom we share so many values – will be vital as we try to to support people with complex needs who are sleeping rough on our streets.

“We are specialists in working directly with people sleeping rough on our streets. This collaboration is a really significant step forward for us as we work towards trying to solve this so visible and heart-wrenching situation we all see on the streets of our cities.”

Said Lorraine McGrath: “I’ve known and informally worked with Streetwork for over ten years. I feel honoured and privileged to be linking the leadership of the two major homelessness street outreach organisations in Scotland, I believe it offers great opportunity for shared learning.

“This ambitious agreement between our organisations is wholly focused on delivering improvements for people who find themselves on the streets or in crisis in our two cities where we have the greatest homelessness need.

“Streetwork has a strong legacy of delivery in Edinburgh and a highly-skilled and expert team and I am delighted to be joining that team.

“This partnership will bring huge benefits to both organisations as we develop new ways of working, learning from each other about what works best and in developing new approaches together.”

Both McGrath and Holden yesterday [Monday] presented the new arrangement to key officials at The City of Edinburgh Council, which is the principal funder of Streetwork.

Founded in 1966, Simon Community Scotland is a charity that works to combat the causes and effects of homelessness. Its vision is that everyone should have a safe place to live and access to the support they need.

Its ‘street team’ sees around 150 people on the streets of Glasgow every month, with up to 40 new cases each month.

Edinburgh-based charity, Streetwork, operates out of two premises in Edinburgh, on South Bridge (offices) and on Holyrood Road (a support and amenities hub for people who are homeless).

Founded in 1991, Streetwork’s street outreach team is regularly joined by the likes of GPs and vets, to provide practical assistance to people sleeping rough (and any pets they might have).

MEDIA RELEASE issued by Simon Community Scotland / Streetwork. You too can share your stories (aka press or media releases), on this site. Email here for more information.