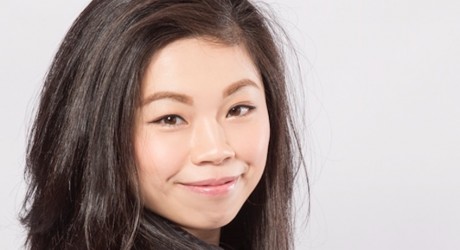 The principal guest conductor is a member of the RSNO artistic team, led by the music director, and requires the incumbent to feature in two or more weeks of the orchestra’s season.

Chan conducted the crchestra for the first time in February this year, making her Scottish début, and so impressed the musicians that it led to an immediate request for her to return less than two weeks later.

Following her second appearance, the RSNO requested a more formal relationship with Chan.

The critics were united in their praise following Chan’s return visit, The Scotsman noting that “…the energy between the two parties is highly charged…” and The Herald observed that “… [Chan] had all the players on their mettle.”

She follows Thomas Søndergård, who was announced as the next music director of the RSNO in May, and former principal guest conductors, Marin Alsop, Gary Bertini and Paavo Berglund.

Chan, the first female winner of the London Symphony Orchestra’s Donatella Flick Conducting Competition and current Dudamel Fellow at the Los Angeles Philharmonic Orchestra, returned to Scotland in February to replace RSNO conductor laureate, Neeme Järvi, who had to withdraw from his 80th birthday concerts with the orchestra for personal reasons.

Chan had made her Scottish début with the RSNO two weeks previously, to audiences in Kirkcaldy and Musselburgh, conducting Mendelssohn’s Hebrides Overture and Symphony No4 Italian as well as Ravel’s Le Tombeau de Couperin and accompanying RSNO principal bass, Ana Cordova, as soloist in Serge Koussevitzsky’s Concerto for Double Bass.

Said RSNO principal guest conductor designate, Elim Chan: “The first moment I joined the RSNO on-stage I already felt that something unique and gratifying was about to happen.

“I sensed a magical connection between the musicians and me that allowed us to make music in such a natural way, and I am grateful for everyone’s openness and kindness to me. I am thrilled to be a part of the RSNO artistic team and to explore together what’s ahead!”

Added RSNO chief executive, Dr Krishna Thiagarajan: “On behalf of the orchestra, I’d like to welcome Elim to the RSNO family.

“Her debut performance was of such chemistry that the musicians immediately called for her re-engagement. This led to an on-stage relationship that can be accurately described as inspiring and full of energy, as well as powerfully evident to the audiences. I’m excited by what this partnership will deliver for our audiences in Scotland and further afield.”

Elim Chan’s first season as principal guest conductor, the RSNO’s 2018:19 Season, will be announced in March 2018.