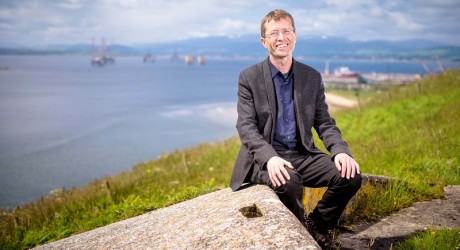 CONCERNS around the impact of Brexit on Polish people living in Scotland were highlighted at an event in Inverness today (Friday 23 June).

David Stewart MSP, Maree Todd MSP and Krystyna Szumelukowa, a former town planner with experience of working on projects related to the UK’s links with Poland, spoke at workshop organised by the University of the Highlands and Islands.

Maree Todd MSP, the co-convenor of the Cross Party Group on Poland, spoke about the work of the group. Its aims include facilitating political, cultural and economic links between Scotland and Poland and recognising the positive contribution of Poles in Scotland.

She said: “I was keen to get involved with this group because so many Polish people choose to come to live in the Highlands and Islands and I value their contribution.

“Since the group reformed last year, much of our focus has been on Brexit.

“Within months of the referendum, evidence was emerging of the psychological impact on the Polish community.

“It will continue to be a very difficult time for our emigrant population until we know how things will turn out.

“Some people are concerned about speaking their own language and it’s terrible that they feel less welcome. We have a Brexit and Beyond sub-group which links in with the Belvedere Forum. Its focus has been on safeguarding citizens’ rights.”

Dr David Worthington, head of the University of the Highlands and Islands’ Centre for History, organised the ‘Unheard Voices, Unseen Communities’ workshop, which was fully booked within days of being announced.

He said: “I had two aims with organising and hosting this event. My first aim was to bring together a range of the most talented, energetic, interesting people working on themes which connect Scotland and Poland, within the current ‘Brexit’ context, to see what we might do to collaborate further in future.

“My other hope is to highlight factors around the experience of ethnic minorities in the Highlands. The region has seen more than its fair share of out-migration over recent centuries (some of that to Poland), but is becoming increasingly diverse and is attracting growing numbers of people again, although only to certain hotspots, of which Inverness, is one.”

Other topics discussed at the one-day conference included the portrayal of Poles in TV dramas, mental health issues, integration and historical links between Scotland and Poland.

BBC journalist, Andrew Thomson, spoke about Wojtek, a bear which was brought to Scotland by the Polish army after World War II.

Dariusz Adler, the Consul General of the Republic of Poland in Edinburgh, also attended the event.