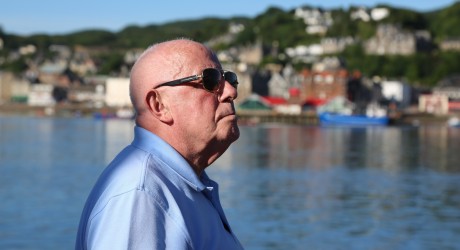 STV Productions has been commissioned to make a documentary for More4 following actor, director and broadcaster, Richard Wilson, as he fulfils a lifelong ambition to explore the Highlands and Islands of his native Scotland.

The 60-minute programme, Highland Odyssey with Richard Wilson (W/T), follows Richard as he returns to Scotland to embark on an once-in-a-lifetime tour of the north of the country.

At 80, the voyage proves a fascinating journey of discovery and personal reflection.

The one-off documentary captures Scotland’s hidden gems as Richard travels in style from Edinburgh to Mull – first by train on the iconic Royal Scotsman, before taking to the water on The Hebridean Princess with visits to Oban, Iona, Rum and Skye.

Mick McAvoy, head of documentaries at STV Productions, said: “Richard is one of Britain’s most recognised actors with a successful career spanning several decades.

“This documentary for More4 gives him the opportunity to explore a part of the world where he has always wanted to spend time, while giving the viewer an insight into the unique history and stunning scenery, all through the eyes of the iconic actor.”

Lizi Wootton, commissioning editor for features at Channel 4, adds: “It’s wonderful to have Richard back on our screens, with a project that’s especially personal to him. This promises to be a loving exploration of one of the most captivating expanses of the British Isles.”

The company has a record of success across a range of genres, including drama, entertainment and factual, for a wide range of broadcasters. Ratings winner, Antiques Road Trip, has run for 14 series on the BBC, along with a further six series of sister programme, Celebrity Antiques Road Trip.

In entertainment, the company has produced five series of Catchphrase for ITV, and two series of Safeword for ITV2, as well as new reality format, Tour de Celeb, for Channel 5, and The Dressing Room for UKTV’s entertainment channel, W.

STV Productions has a track record of producing quality returnable drama series including Taggart and Rebus with ambitions to build on this reputation. In the last five years, it has produced Fast Freddie and The Poison Tree, both for ITV. It currently has a number of script commissions from the BBC and ITV.