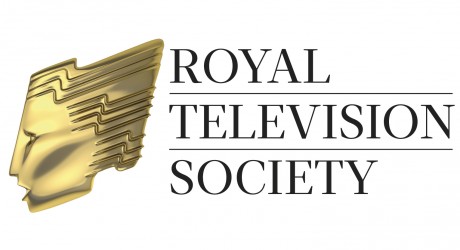 The awards recognises work created by undergraduate and postgraduate students attending higher education institutes across the UK and Republic of Ireland, and are presented in six categories: Animation, Comedy & Entertainment, Drama, Factual, News and Short Feature.

The jury is looking for pieces that show outstanding visual and aural creativity, a mastery of craft skills, innovation, initiative and story-telling. The RTS also feels it is important that these awards reflect diversity both within student filmmaking and wider society so will pay due recognition across all of its awards categories for the need for diversity.

Undergraduate and postgraduate awards are also handed-out for Camerawork, Editing, Production Design and Sound in order to recognise excellence in craft skills. In addition, the RTS Student Television Judges’ Award will be presented to the best overall entry from among the national category winners as chosen by the jury chairs. Entries are not accepted for these categories but will be awarded at the judges’ discretion.

“It feels like we are slap bang in the middle of a golden age for TV and multi-platform programming and the student awards demonstrate to me how assured the future is for new voices and techniques to bring to those stories.

“It’s a real joy for me to chair the awards and as ever our juries will be looking for technical excellence, compelling programming, originality and of course that extra bit of unexpected magic we get every year.”

All entries must be produced during the 2016/2017 academic year and submitted using the RTS Online Awards Entry System by Friday 20 October 2017. Undergraduate entries will first be judged at a regional level by their local RTS Centre in winter 2017. The winning films from each RTS Centre Student Awards will then be judged nationally in April 2018. Postgraduate entries qualify automatically for national assessment.

The awards will be presented on Friday 22 June 2018 at the BFI Southbank. For more information visit: https://www.rts.org.uk/awards/student-television-awards.

For each award category, two awards will be presented:
i) Undergraduate
ii) Postgraduate

Animation
This award is for films that include:
• Cartoons, computer or electronically generated images
• Where the animation/CGI sequence or sequences are part of a production with other portrayal, the judges will consider primarily the quality of the animated/CGI sequences

Drama
This award is for films that include drama and other scripted work. Comedy dramas should be entered in Comedy and Entertainment.

News
This award is for video or film reports of university news or news from the wider community. Entries are expected to demonstrate an understanding of the aim of television journalism to report the ‘who, what, when, where, why and how’ of events and issues using video storytelling by camera and sound and, where appropriate, devices such as mobile phones. Entries should not exceed five minutes.

Short Feature
This award is for films that are a maximum of five minutes in length and can be on any subject matter. The judges will look primarily for creativity and innovation. Videos which follow a news format rather than a more creative approach should be entered in the News category.

Craft Skills Awards
To reward excellence in craft skills, awards will be presented to the person or people responsible for the following Craft Skills at the judges’ discretion from the winning category films at both regional and national awards ceremonies for the following:
• Camerawork
• Editing
• Production Design
• Sound
• Writing (RTS London and RTS North West Centre Awards only)

RTS Student Television Judges’ Awards
This will be judged by the jury chairs at national level only. The winner will be selected from among the winners of each category and will be, in the opinion of the judges, the best overall entry.