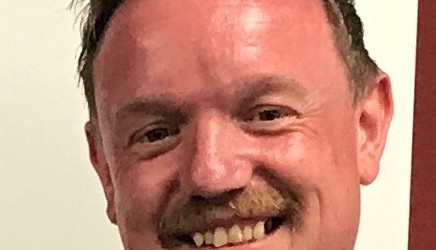 A LEADING charity which provides advice and help (including direct support services) to people with a disability, or with long-term conditions or impairments, is to merge with a partner charity in the north-east of Scotland – with the aim of providing enhanced assistance packages.

The Scottish Personal Assistant Employers Network (SPAEN) is merging with iConnectNE, which has its offices in Union Street, Aberdeen.

The merged charity will continue to provide support services in Aberdeen and the north and the iConnect brand will also feature as the new charity further develops in other parts of Scotland.

The new structure and local delivery model will ensure that all projects and programmes continue to be user-led and bring together a national framework for employing personal assistants and retain a local approach to supporting individuals in active participation in their communities.

SPAEN is a proven success story, providing more than 800 members with assistance and self-directed support and the establishment of services which provide expert back-up to people in managing their own care budget and employing their own personal assistant.

The merged charity will be headed by Colin Millar, chief executive of SPEAN. He will be supported by Liv Cockburn, as regional director for Scotland North and the Islands; Janie Ryan, regional director Central and South Scotland; and Tom Ross, director of membership.

Colin Millar believes that the merger is strongly in the interests of both parties and will enable to the organisation to streamline and improve its services to its members.

He emphasised: “The merger will allow us to deliver and expand localised supports and initiatives backed up by national expertise in areas such as Direct Payments and Individual Service Funds.

“We know that it is that combination of local approaches and national best practice that makes real, quantifiable difference to the lives of the people we both seek to support, not only in terms of people having more control over their daily lives but also, as we have now found, to their overall well-being across the whole of Scotland and the Isles.”

Andy had been an engineer on an accelerated career path. He was married, with a two-year old daughter, and, despite needing constant care and having to accept life in a wheelchair, he was determined that his family was not going to burdened by his disability.

As Andy explains: “My brain was unaffected. I live independently, I employ my own care staff and despite being told by the authorities that I was not expected to work I wanted to work. I have completed Open University studies, I control my own life, I have served as a board member of SPAEN and I now work with them. I can work, I want to work and contribute to society and to be paid in line with my skills, not my disability.”

Case study (2): Ugis Vanags is aged 29. A maintenance fitter with an oil services company in Aberdeen, Ugis was severely injured when his motorcycle collided with a tree in Altens in October 2014.

His injuries were so serious that he was transferred to the specialist spinal unit of a Glasgow hospital where he spent the next 15 months. Confined to a wheelchair, and paralysed from the chest down, he was eventually returned to hospital in Aberdeen where Ugis had to remain as there was no accommodation with suitable access available in the city.

With the help of iConnectNE a suitable location was eventually found and 22 months after his accident Ugis was released to his current residence in Eday Gardens.

He said: “I suspect I would still be in hospital if it were not for iConnectNE. For sure I would not have been able to cope without them.I have a weekly care package and a personal care package to cover weekends. I need daily assistance and the charity ensured that I was able to get the support when I needed it. They also take care of all my paperwork, housing benefit, tax etc, another lifesaver for me.”

Factfile: SPAEN is a membership organisation supporting people with disabilities to improve their quality of life. It has more than 800 members (Personal Assistant Employers) and assists members to employ their own staff to help them live a full and independent life as active citizens in their communities and a wide range of support services are available to help members achieve that aim.

MEDIA RELEASE issued by SPAEN. You too can share your stories (aka press or media releases), on this site. Email here for more information.