Media release: Mark Cavendish to return at the OVO Energy Tour of Britain 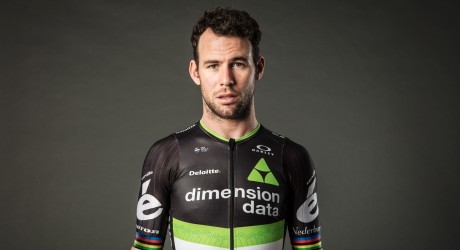 MARK Cavendish will lead Team Dimension Data in the OVO Energy Tour of Britain as the ten-time stage winner in the race makes his comeback from injury after fracturing his scapula on Stage Four of the Tour de France.

Dimension Data will be heading to the race as two-time defending champions and hoping to make it a hattrick of wins in 2017, having won the 2015 and 2016 editions of Britain’s biggest professional cycle race, with Edvald Boasson Hagen and Steve Cummings respectively.

Boasson Hagen is the current Norwegian Time Trial champion, and with the Stage Five test at Clacton in Essex over a short 16-kilometre distance that is likely to play to his strengths, the 30 year-old is among the favourites to add to his overall wins in the Tour of Britain in 2009 and 2015.

The line-up includes a strong mix of strength and experience with Mark Renshaw (a double Tour of Britain stage winner), Bernhard Eisel and Jay Thomson, while Scott Thwaites will make his third appearance in his national tour, having last ridden in 2014.

Commenting on the line-up, sport director, Roger Hammond – himself a double-stage winner in the event – said: “It is great to be heading back to the OVO Energy Tour of Britain this week. As this event has grown in stature year on year, so has our team and the last two years in particular were fantastic for us.

“We always receive a huge amount of support in the UK for the team and for Qhubeka. With our partners, Dimension Data, Deloitte and Nederburg having such a large in presence over here too, the Tour of Britain is a very special and key event for our team. We will no doubt be looking to put on a good show once again, we always start a race with the goal to win, this year’s Tour of Britain will be no different.”

Founded in 2007, Team Dimension Data for Qhubeka became the first-ever African cycling team to gain a WorldTour license, in 2016.

In the team’s palmares you can find a Milan-Sanremo victory, numerous stage wins at the Tour de France and Vuelta a Espana, two Tour of Britain GC victories, and 36 National Championships.

It’s also known as ‘Africa’s Team’, due to its focus on helping African talents to the world stage of cycling.

The team races to raise funds for the Qhubeka Charity to change lives with bicycles in Africa.

Re-launched in 2004 after a five year absence from the calendar, the OVO Energy Tour of Britain is British Cycling’s premier road cycling event, giving cycling fans the opportunity to see the world’s best teams and riders competing on their doorstep. The OVO Energy Tour of Britain is the UK’s highest-ranked professional stage race and the country’s largest free-to-watch sporting event, organised annually by SweetSpot Group.

Ranked at the 2.HC level by the UCI, the OVO Energy Tour of Britain attracts the world’s top cyclists, including Olympic and World champions and Tour de France stage winners, to compete on British roads each September, with three-hours of live coverage a day on ITV4.