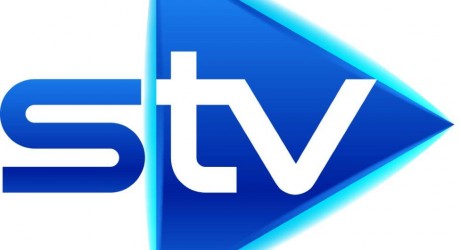 STV celebrates its 60th birthday tomorrow – it was on 31st August 1957 that the distinctive voice of the inimitable James Robertson Justice introduced the channel’s launch programme – This Is Scotland – a special variety show transmitted live from Glasgow’s Theatre Royal.

Since that very first broadcast, STV has entertained and informed generations of Scots, documenting the nation’s news and landmark developments through each of the decades and creating memorable television moments across all genres.

Reflecting the fact that Scotland has seen major changes over the past 60 years, STV has come a long way too – growing from a small TV company to a 21st century broadcaster which is now one of Scotland’s leading digital media brands.

STV’s diamond anniversary and unique contribution to broadcasting in Scotland is being commemorated with a series of programme highlights throughout this week.

A special edition of popular series The People’s History Show – on STV2 on 31 August at 8.30pm – takes a look back at some of the favourite shows that have delighted STV viewers during the course of the channel’s history.

Angus Simpson, one of STV’s most popular former news anchors, has been raiding the STV archives to review the channel’s legacy of ground-breaking Scottish broadcasting and iconic programmes such as Weir’s Way, Francie and Josie, Scotsport, Rebus, Take the High Road and many more.

Angus will also be chatting to some of the famous faces from STV’s past, including former political editor and producer Lord Gordon of Strathblane and iconic children’s presenter Glen Michael.

Then, on Saturday and Sunday, viewers can take a trip down memory lane watching a host of  STV favourites through the years, with a host of classics of TV entertainment and drama including Taggart, Reid about Russia, The Steamie and The Home Show.

Paul Hughes, STV head of Programmes, said: “At a time when STV is very much focused on the future of broadcasting in Scotland, it’s great to pause for a moment to reflect on the 60 years that have taken us to where we are and the cultural and social impact of STV on Scottish life.

“Some of the earliest TV appearances of our biggest stars – including The Beatles, Billy Connolly, David Tennent, James McAvoy, Gerard Butler and many, many more – were on STV.

The archive programming on STV2 over the weekend will feature:

Take The High Road, This is Scotland, Contract 736, The Home Show, Alan Cumming’s Edge of Scotland, Harry and the Wrinklies, Scotland Revealed, Top 30 shows on STV, Ally Bain and Friends, Taggart, Victor and Barry, Jazz at the Gateway