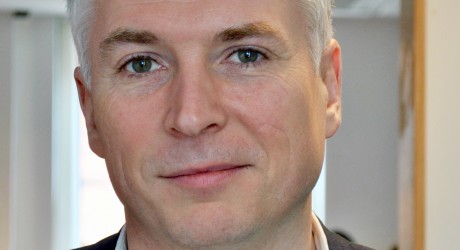 Highly regarded as both a content maker and commissioner, and currently head of BBC Northern Ireland’s Content Production, Steve will now become responsible for BBC Scotland’s programme output across TV, radio and online.

In his new position, he will be responsible for leading the team who will launch BBC Scotland’s new TV channel while also helping to grow the contribution from Scotland to network BBC channels and stations across all platforms.

Earlier this year, BBC director-general, Tony Hall, announced a £40m-a-year additional investment in BBC Scotland which includes the new channel and £20m of additional network programmes. There are also ambitions to launch an additional radio station to cater more specifically for music audiences.

He is expected to take over from Ewan Angus, who announced last month he is to leave the BBC, next month.

Steve, who was brought up and educated in Northern Ireland, graduated from the University of Manchester, after which he joined the BBC in a variety of roles; progressing from Youth and Entertainment Features before becoming a producer/director on BBC flagship programmes including, Newsnight, Spotlight and Panorama.

He returned to Ireland in 1997 and later established the independent production company, Mint Productions, which supplied the major broadcasters in the UK and Ireland.

His awards as a programme-maker include those from the Royal Television Society and the Irish Film and Television Academy.

In February 2009, he was appointed as director of Programmes, RTÉ Television, where he commissioned in-house and independently-made content across all non-news and sport genres on RTE One and Two.

He rejoined the BBC in 2013 as BBC Northern Ireland’s head of Productions before becoming head of Content Production this year.

A former vice-president of the European Broadcasting Union’s Television Committee, he is currently the chair of the RTS Northern Ireland,

Steve is married to broadcaster, Miriam O’Callaghan. He is the son of former well-known Belfast Telegraph journalist, Tom Carson.

Steve says: “I’m delighted to have been given this opportunity and I’m looking forward to working with content-makers across all our services to make the most of the significant new investment for audiences in Scotland.”

BBC Scotland director, Donalda MacKinnon, in welcoming his appointment, said: “The next few years will be a fantastic time to work in broadcasting here and I know Steve shares my ambitions to bring great content for audiences in Scotland and across the UK that they will love.

“He’s very passionate about creating programmes that both entertain and educate and I know he’ll engender that passion in our staff too.”