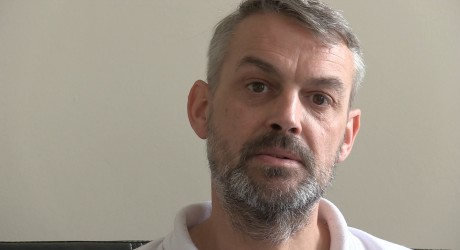 MORE than half of Scottish homeless in London have mental health issues, the homelessness charity, Borderline, reports.

In the past year, Borderline’s Scottish Outreach Worker project found that 54 per cent of clients were recorded as having a mental health support need, which is higher than for the general rough sleeper population in London.

Mental health issues can be a major factor in making someone homeless, and they affect the ability to sustain a tenancy.

Borderline’s CEO, Shona Fleming, said: “Most of those suffering will be doing so in silence, not getting the help they so desperately need.

“The stigma attached to mental health conditions, with the stereotypes and misconceptions, can hold back those that Borderline supports.”

Now a Borderline client, Billy grew up in Edinburgh. As a teenager, he suffered a major trauma.

He said: “When I was 13-14 years-old, I got raped and molested by a friend of the family, and that continued for about two years.”

In and out of homelessness for many years, Billy eventually married and adopted a daughter. But flashbacks and panic attacks drove him back onto the streets.

After a consultation, clients may be offered regular psychotherapy sessions that can deal with a variety of emotional difficulties, such as relationship problems, depression, social isolation, eating disorders, anxiety or panic attacks.

In 2014, with support from Borderline’s Scottish Outreach Worker, Billy got off the streets and eventually into accommodation.

Borderline arranged for him to attend the Camden Psychotherapy Unit.

Continued Billy: “That’s helping me a hell of a lot. It’s making me feel better in myself. I’m not in a little shell anymore. It’s a big world out there, and there is no point being the way I am at the moment. I know that, and hopefully the therapy is going to help me get there. And I feel it is.”

The Borderline Outreach outcomes report also shows that 59 per cent of the assessed clients have been in prison and 22 per cent reported that they had previously been in care.

MEDIA RELEASE issued by Borderline UK. You too can share your stories (aka press or media releases), on this site. Email here for more information.