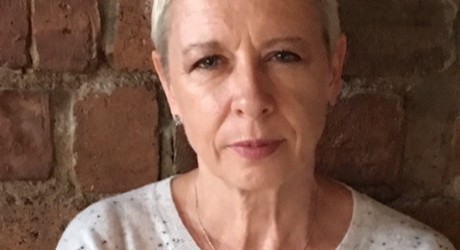 RESPECTED drama producer, Elaine Collins, has signed an exclusive deal with STV Productions to develop and co-produce a slate of TV drama projects.

Working in close collaboration with STV Productions head of Drama, Sarah Brown, Elaine will build a slate of distinctive, high-quality, writer-led shows, including a raft of projects set in Scotland.

The move will enable STV Drama to turbo charge its development efforts, as it moves into production on The Victim, its returnable four-part drama recently commissioned by BBC One, which will film in Scotland early next year.

Elaine, whose own company is called Tod Productions, was previously a producer and executive producer at ITV Studios.

There, she optioned Ann Cleeves’ Vera Stanhope novels which she then developed and produced as Vera, starring Brenda Blethyn.

The ITV1 hit show is currently filming its eighth series. She was also responsible for developing and executive producing three series of the hugely-successful BBC One crime drama, Shetland, starring Douglas Henshall.

Most recently, Elaine was creative director at BBC Drama.

STV Productions head of Drama, Sarah Brown, said: “We are thrilled to be working with Elaine on this exciting new venture. She is hugely respected in the industry thanks to her fantastic writer relationships, terrific development brain and impeccable taste.

“Her track record making shows which are so loved and admired will give a fantastic boost to our ambitions to grow our drama business and to build on our past successes as a leading producer of top quality drama both north and south of the border.”

Elaine Collins said: “I’m very much looking forward to teaming up with Sarah and STV Productions. Our shared ambition to work with the very best screenwriting talent, provide a home for the most original novels, both historical and contemporary, and our passionate commitment to producing top-quality work from Scotland and beyond, makes it feel like the perfect home for me.”