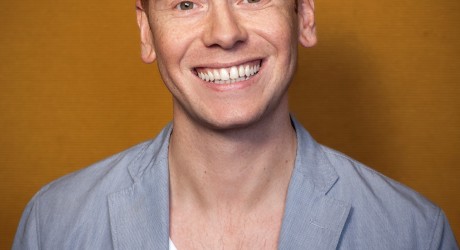 THE board of Eden Court Theatre is delighted to announce that its new chief executive will be James Mackenzie-Blackman, following Colin Marr’s departure to lead The Edinburgh Playhouse after 20 years leading Scotland’s largest arts centre.

James brings a wealth of experience to the role as chief executive, having worked in performing arts for over 17 years.

He has worked all over the world: previous posts include commercial director at the Lyric Hammersmith, executive director of the National Youth Theatre of Great Britain and he will be relocating from his current role as executive director at Sir Matthew Bourne’s award-winning company, New Adventures, to lead Eden Court.

James is hugely qualified for the demands of Eden Court and its creative learning arm Eden Court CREATIVE.

During his six years at New Adventures he has been influential in the radically-evolving business as it grew and became part of Arts Council England’s National Portfolio. James also has a strong record in developing creative talent with the company’s charitable-arm, Re:Bourne.

James Mackenzie-Blackman, CEO-designate said: “I first visited Eden Court in 2008 and was immediately struck by the unique ecology of the business which unites a first-class programme of live performance and cinema with Eden Court CREATIVE connecting the venue to the community of Inverness and the wider Highlands.

“It is an honour to build on Colin’s legacy and take up the leadership of Scotland’s largest arts centre.”

Jeanette Siddall CBE, chair of New Adventures & Re:Bourne. said: “We are tremendously grateful to James for all he has done for New Adventures. He is an inspirational leader, a highly-skilled and talented arts professional, and a warm, supportive colleague. We will miss him, and wish James and Eden Court every possible success for the future.”

Jane Gill, chair of Eden Court, said: “We are delighted that the Eden Court’s role in the arts world attracted such a high-quality field of applicants for the much sought-after position of chief executive, and so pleased James is heading north to join us.

“We are very much looking forward to discovering what James’ wealth of experience, talent and drive will bring to the theatre as we enter a new chapter in Eden Court’s history.”

Before James’s arrival in early 2018, Eden Court’s interim chief executive will be Mike Griffiths, who takes up the role on November 1st.

Mike is an experienced arts administrator, producer and project manager with over 30 years’ experience across a number of organisations. These include Northern Stage, Almeida Theatre, Scottish Opera and Citizens Theatre.

Eden Court is a registered charity and is the largest multi-arts venue in Scotland housing two theatres, two cinemas, two dance studios and conference and meeting spaces. It presents around 490 live performances and 2,300 film screening every year as well as almost 60 classes a week. This activity attracts an audience of over 300,000 people every year.

Eden Court runs the largest creative learning programme of any UK theatre. As well as the extensive programme of weekly classes it also has creative workers throughout the Highlands working in schools and running youth theatre and dance companies. It is the only theatre in Scotland to offer Scottish Qualifications Authority (SQA) courses in Drama and Dance.

Pupils from across the Highlands have the opportunity to study at Eden Court for an SQA Higher Dance, Drama or Intermediate 2 exams. Aside from Eden Court, there is only one school in the Highlands where pupils can sit SQA Higher Drama exams. Eden Court is also the Scottish Government’s partner for Cashback for Creativity where seized criminal assets are redistributed to provide meaningful artistic activity for young people at risk.

Eden Court is a registered charity and is grateful to receive regular funding from Creative Scotland and the Highland Council.

James grew up in South Devon where he was a proud member of the Theatre Royal Plymouth Youth Theatre and the Devon Youth Council. This mix of arts engagement and political advocacy for young people formed the foundation blocks for his career.

Following University James started his career back at the Theatre Royal in Plymouth before a period working internationally in Nepal, Zurich, Czech Republic and the USA. On returning to the UK James took up the management of the Greenwich Musical Theatre Academy a European Social Fund project re-engaging young people outside the formal education sector with the arts.

James joined the Lyric Hammersmith in April 2006 where he held a number of positions leading all the theatres programmes for children, young people and emerging artists. In 2009, James was appointed commercial director at the Lyric leading on all income streams, marketing, public relations and visitor services. Alongside this role James was also associate director for the Lyric’s capital project leading, collaboratively with the executive director, the £20m fundraising campaign, the visioning, design and procurement of a major capital project.

In September 2010, James joined the National Youth Theatre of Great Britain as executive director where he led the development of a new strategic plan and secured continued Arts Council funding in a period of major government funding cuts.

In February 2012, James joined New Adventures and Re:Bourne. In the role of executive director James oversees key stakeholder relationships, manages the staff team and acts as an advocate for the company’s work on-stage and off-stage. Since 2012, the business has radically evolved and in 2015 the company joined Arts Council England’s National Portfolio.

MEDIA RELEASE issued by Eden Court Theatre and Cinema. You too can share your stories (aka press or media releases), on this site. Email here for more information.