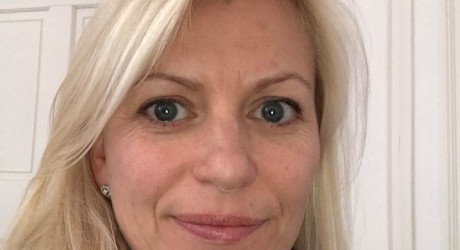 The integrated news hour is being planned as part of the new BBC Scotland channel which is due to launch next year, subject to regulatory approval.

Hayley has a depth of experience in news and current affairs journalism inside and outside the BBC.

Over the past few years, she’s been running Question Time and a variety of special debate and interview programmes BBC Scotland and BBC News have commissioned around elections and referendums – including the award-winning Hydro debate during the Scottish Referendum campaign.

She has been the BBC’s executive editor of Question Time, and, more recently, the director of Current Affairs at Mentorn Scotland, who make the programme for the BBC.

Prior to that, Hayley was head of News at 5Live, where she led the team to a Radio Academy Gold Award for news coverage of the 2010 election and she also worked in a variety of other roles across 5live, BBC Breakfast and STV.

Hayley said: “To be given the opportunity to launch a brand new programme at the heart of the proposed new BBC Scotland Channel is a real privilege and a rare treat. I am looking forward to creating a really distinctive programme with a broad Scottish, UK-wide and international news agenda which has the priorities of a Scottish audience at the centre of everything we do.”

Gary Smith, head of News and Current Affairs, BBC Scotland, said: “Hayley has an outstanding track record and I’m delighted she is joining us. I’m confident that under her leadership we will produce an exciting, distinctive, and brilliant new programme for our audiences.

“She will also join my management team, and play a key role in the running of the department and the recruitment of the 80 new jobs which are being created through the BBC’s major investment in journalism in Scotland.”