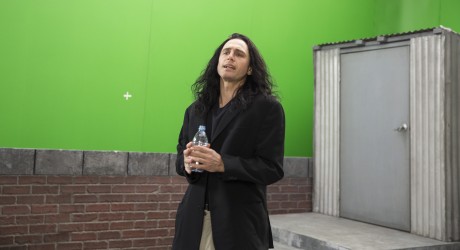 THE 15th edition of the Inverness Film Festival has now come to a close. With a total of almost 3,000 tickets sold, the five-day celebration of cinema has been the most successful in the festival’s history, with an impressive hike of over 300 on last year’s results.

This year, the festival took place from the 8th to the 12th November at Eden Court Theatre and Cinema. With a very strong and diverse line-up – which included 60 screenings, 27 Scottish premieres and one world premiere – the festival had films for audiences of all ages and interests.

This year’s programme included the Scottish premiere of The Florida Project, local interest films, including Stitch in Time: The story of The Tailor of Inverness and A Secrets Act: The Double Life of Ian Mackintosh plus the Eden Court Young Cinema programmers’ top picks, Cloudboy and Just Charlie.

The closing night’s line-up was particularly strong with audiences attendance reflecting that as three potential Oscar contenders brought the festival to a close on a high with Palme D’Or winner, The Square, highly-anticipated comedy, The Disaster Artist, and the totally sold-out screening of Three Billboards outside Ebbing, Missouri – the closing film of the festival.

Festival director, Paul Macdonald-Taylor, said: “I’m delighted by the reaction to the lineup this year. The audiences really connected with the films and it’s fantastic that so many people came out and enjoyed the festival.”

Each year. the audiences over the course of the festival pick an overall winner and The 2017 Audience Award went to James Franco’s The Disaster Artist.

• Eden Court is a registered charity and is the largest multi-arts venue in Scotland. It re-opened in November 2007 following an extensive redevelopment programme, which saw the addition of two purpose-built cinemas, a brand new flexible second theatre space and two dance and education studios.
• Eden Court runs the largest creative learning programme of any UK theatre and is the only theatre in Scotland to offer Scottish Qualifications Authority (SQA) courses in Drama and Dance. Pupils from across the Highlands have the opportunity to study at Eden Court for an SQA Higher Dance, Drama or Intermediate 2 exams. Aside from Eden Court, there is only one school in the Highlands where pupils can sit SQA Higher Drama exams.

MEDIA RELEASE issued by Eden Court Theatre. You too can share your stories (aka press or media releases), on this site. Email here for more information.