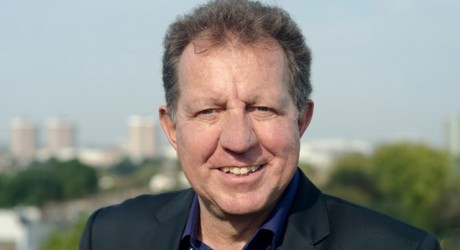 Costa Pilavachi, one of the most influential figures in the world of classical music, has joined the board of directors of the Royal Scottish National Orchestra (RSNO).

Costa Pilavachi began his career in the recording industry as vice-president, Artist and Repertoire, of the Dutch-based Philips Classics label, 1989-1997, and went on to serve as global president of three major classical labels, Philips Classics, Decca Music Group and EMI Classics between 1997 and 2009.

In 2010, he was appointed senior vice-president, Classical Artist and Repertoire, of Universal Music Group, overseeing the artistic direction of the Deutsche Grammophon and Decca labels worldwide. In 2016 he became a consultant to Universal Music’s Global Classics division.

Costa Pilavachi brings an international perspective of the field as well as his commensurate experience from an influential and productive career. From his days as a recording industry executive in London to working with orchestras and festivals in the USA, Canada and Europe he has experienced every facet of bringing music to audiences. His arrival enables the RSNO to further increase its international presence.

Says newly-appointed RSNO director, Costa Pilavachi: “I am thrilled at the invitation to join the board of the RSNO, an orchestra which I have known and admired for many decades; thanks, in part, to its wonderful recorded legacy from the Sir Alexander Gibson era.

“In recent times, the orchestra has developed into one of Europe’s most formidable ensembles and the players and their excellent music director, Peter Oundjian, can take great pride in their accomplishments to date.

“I relish having a role with a great orchestra again and look forward to meeting the musicians and working with them, as well as getting to know Thomas Søndergård, the music director-designate. It takes many dedicated people to keep an orchestra humming and it will be great to work with my fellow board members led by Dame Susan Bruce, the chief executive, Krishna Thiagarajan, as well as the staff and the many sponsors and supporters of this venerable Scottish national institution.”

Added RSNO chair, Dame Sue Bruce: “It is my great pleasure to welcome Costa, a significant and symbolic addition to the RSNO’s board of directors. Costa is a hugely-respected global figure in the music business and his understanding of the opportunities and challenges presented by our industry will be of immense value to Scotland’s national orchestra.

“As we continue to develop our presence at home and on the world stage, through international touring, recordings and partnerships, to have Costa’s experience at our disposal is a major asset to our already very capable team. This is an exciting moment in the history of the RSNO and our audiences.”

The RSNO board of directors is comprised of up to eight elected directors, six player directors, nominated directors from chief local authorities, the chief executive and company secretary.

The RSNO has experienced year-on-year increases in average attendances for its performances over the past five years, with a notable increase in the number of people aged 26 or under attending RSNO concerts, now constituting nearly 15 per cent of the average total audience, up nearly three per cent over the same period.

2018 promises to be a landmark year for Scotland’s national orchestra.

Peter Oundjian will embark on his final international tour with the RSNO as music director in May, a five-date festival tour of Europe with soloists, Nicola Benedetti, Jan Vogler and Martin Stadtfeld.

In addition, the founding organisation of the RSNO, the RSNO Chorus, celebrates its 175th anniversary and will be marked with special events, beginning with performances of Leonard Bernstein’s Chichester Psalms and MASS, and Holst’s The Planets.