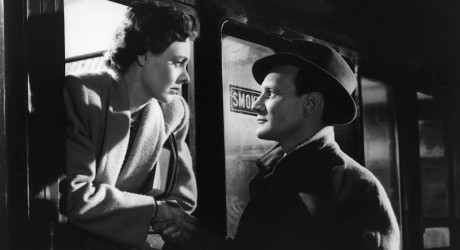 NEXT week, the 1945 British romantic drama, Brief Encounter, based on a screenplay by Noël Coward and directed by David Lean, will be screened to audiences in Dundee, Edinburgh and Glasgow with a live orchestral score.

Dirk Brossé conducts the Royal Scottish National Orchestra (RSNO), joined by British pianist and 1993 winner of the Beethoven Piano Competition, Leon McCawley, who will perform excerpts from Rachmaninov’s Piano Concerto No2 as used to powerful effect in the original film score.

Brief Encounter is an adaptation of Noël Coward’s 1936 one-act play Still Life and centres on a married woman whose life takes a turn following a chance meeting with a stranger at a railway station, with whom she falls in love.

The film was acclaimed upon its release and was voted one of the ten greatest films ever made in two separate 1952 critics’ polls. The British Film Institute voted Brief Encounter the second greatest British film of all time, after The Third Man. Director, David Lean, is the most represented director in the list, with seven films in the BFI Top 100 British films.

Says RSNO director of Planning and Engagement, Bill Chandler: “For those who have seen it, Rachmaninov’s tense, yearning music is inextricably linked with the memorable scenes from Brief Encounter.

“It has the perfect combination of stunning cinematography and arresting music that has made it one of Britain’s most successful films to date. I’m delighted that Leon McCawley has agreed to perform this challenging music, with the added pressure of synchronising with what’s on the screen. I defy anyone not to be moved by this presentation, perfect for Valentine’s weekend!”

The RSNO has become synonymous with performing film music and live score performances in recent years. Its partnership with the Edinburgh International Film Festival has provided captive audiences with such presentations as Back to the Future, E.T. The Extra Terrestrial and Raiders of the Lost Ark. With conductor, Richard Kaufman, the orchestra continues to perform music from the movies, notably the works of John Williams, who recently gave the orchestra permission to give the first public performances outside the USA of his music to the latest Star Wars film The Last Jedi.