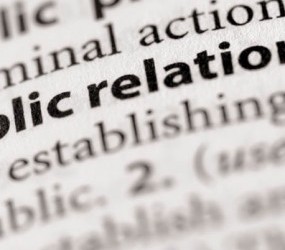 ONE hundred years since the birth of American composer – conductor and educator, Leonard Bernstein – the Royal Scottish National Orchestra presents a package of performances in Edinburgh and Glasgow to mark the occasion.

Bernstein 100 is the world-wide celebration of the 100th birthday of Leonard Bernstein, one of the first conductors born and educated in the USA to receive global acclaim.

As a conductor, Bernstein was principally known for his lengthy tenure as the music director of the New York Philharmonic Orchestra, but, as a composer, he is most well-known for his music for the musicals, West Side Story and On the Town, the musical adaptation of Peter Pan, the 1956 operetta Candide and the 1954 film On the Waterfront, starring Marlon Brando.

As well as a leading composer and conductor, Bernstein was also a pioneer in music education, among his achievements creating a series of concerts for Young People – unheard of for the time –  which were broadcast on primetime by US national station, CBS. Leonard Bernstein was also a mentor to the RSNO’s former principal guest conductor, Marin Alsop, who is now music director of the Baltimore Symphony Orchestra and the São Paulo Symphony Orchestra.

The RSNO’s former associate leader, Bill Chandler, now director of Artistic Planning and Engagement, leads In Focus: Leonard Bernstein, a multimedia exploration of the man and his music, at the RSNO Centre, Glasgow on Saturday 28 April, from 2.00pm until 5.00pm, a presentation that has already been held at the Usher Hall, Edinburgh earlier this month.

On Friday 27 April at the Usher Hall, Edinburgh and on Saturday 28 April at the Glasgow Royal Concert Hall the RSNO and RSNO Chorus is joined by conductor, Cristian Măcelaru for Bernstein 100: West Side Story, performances of Bernstein’s Symphonic Dances from West Side Story and Chichester Psalms, accompanied by Samuel Barber’s Symphony No1 and George Gershwin’s Rhapsody in Blue, with pianist George Li.

RSNO director of Artistic Planning and Engagement, Bill Chandler, said: “Bernstein was the quintessential polymath. Extraordinary conductor, wonderfully expressive composer, enthusiastic teacher, diligent and voracious student. He typifies what many arts organisations strive to be nowadays, yet he was so far ahead of his time. It’s a pleasure to be able to perform his music and present an insight into this truly remarkable life. There is little doubt that we will still be celebrating the legacy of Leonard Bernstein in another 100 years’ time.”