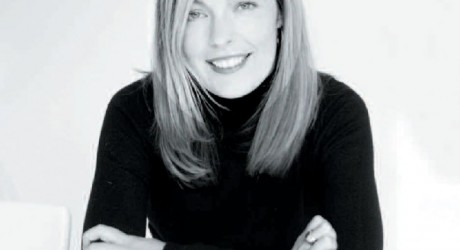 BUSINESS Women Scotland (BWS) has announced its shortlist for the Women in Hospitality and Tourism Awards 2018. (Full shortlist below).

Established and rising stars from as far north as Inverness right down to Dumfries have been chosen as finalists for the awards, which are now in their second year. This year, the awards received over 150 entries across ten categories and the Judging Panel, comprising David Cochrane Chief Executive of HIT Scotland, Fiona Richmond, Special Projects manager at Scotland Food & Drink and Susan Russell, chair of Women in Tourism had the challenging task of whittling these down to just 33 finalists.

The Women in Hospitality and Tourism Awards were created and are run by BWS, an organisation dedicated to helping women find support and networking opportunities to allow them to strengthen their business. With tackling the gender gap in enterprise remaining a very current topic, BWS Live Events and BWS Awards across Scotland are exclusively designed to celebrate and empower women in business.

BWS founding director, Lynne Kennedy, notes: “Without doubt, a strong and growing hospitality and tourism sector is vital to the overall Scottish economy.

“Scottish Government reports show that the total turnover in the Sustainable Tourism growth sector was £6.9 billion in 2015, with the hospitality sector accounting for over 82.5% of turnover. It’s also a sector where thousands of women are employed in hugely important roles, however a disproportionate number of these are in senior leadership positions. With these awards, we aim to both highlight and celebrate the value of the talented women who are successfully blazing the trail in the sector.”

Kennedy adds: “Every executive on our shortlist is not only an inspiring and worthy finalist, but also a brilliant example of and role model for women already in the industry, as well as those considering a career within the sector.”

At this year’s event, which is supported by Women in Hospitality, HIT Scotland and ScotlandCanDo, the capacity audience will hear from American born Dale MacPhee, GM of the Waldorf Astoria in Edinburgh and winner in the Hotelier of the Year category at the 2017 awards. Industry veteran Anne Mulhearn, proprietor of the iconic Willow Tea Rooms in Glasgow, will also offer an insight into the business highs and lows which have steered her own extremely impressive career, over the past 30 years. And in this, the Year of the Young Scot, Hannah Rarity, winner of the BBC Radio Young Traditional Musician of the Year will entertain guests with a musical interlude.

Winners of the 2018 BWS Hospitality and Tourism Awards will be announced at a glittering ceremony which takes place in the Grand Central hotel in Glasgow on Thursday 17 May, and one overall winner, as selected by the judging panel, will be granted a much sought-after HIT Scotland Scholarship. One female executive from within the industry will also be presented with the Lifetime Achievement Award.

ACCESSIBLE BUSINESS OF THE YEAR

BAR OF THE YEAR

BEST PLACE FOR WOMEN TO WORK

FRONT OF HOUSE STAR OF THE YEAR

HOTELIER OF THE YEAR

HR STAR OF THE YEAR

RESTAURATEUR OF THE YEAR

TOURISM BUSINESS OF THE YEAR

VENUE MANAGER OF THE YEAR