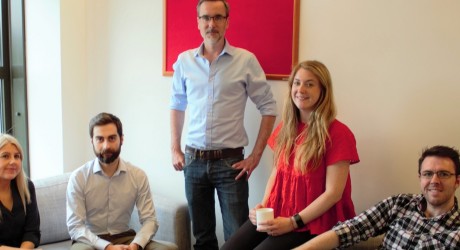 THE digital marketing consultancy, QueryClick, has made a series of strategic senior hires and promotions to bolster its future growth and expansion plans.

Based in QueryClick’s London office, Kristi Hoyle joins as head of Account Management. Kristi brings a wealth of experience to the role having spent over five years with the international performance marketing agency, 4Ps, where she most recently held the position of business director. In that role, she was responsible for managing a client portfolio of over £2m, leading and growing a team of multi-disciplinary digital marketing specialists, and driving commercial vision for a large client base of leading brands.

Prior to this, Kristi held the position of head of Technology and Sport at 4Ps and was formerly an SEO expert with Dentsu Aegis-owned agency, iProspect.

Joining Kristi on the consultancy’s senior management team is Edinburgh-based Haitham Fattah who has been appointed as head of SEO, which is a newly-created role to meet the growing client demand for fully-integrated performance marketing and technical SEO services. Prior to this, Haitham held the position of Technical SEO Lead and grew a team of highly-skilled SEO experts over a five-year period, helping to manage over £1 billion of client revenues and deliver additional £395million in organic revenue for QueryClick’s client-base last year.

Completing the new additions to QueryClick’s senior team, Stuart Ferrie, who has played a pivotal role in growing the consultancy’s PPC offering over the past seven years, has been appointed to head of Paid Search, based in Edinburgh. He helped the consultancy optimise £16.7 million of PPC spend in 2017, delivering an average ROI of 12.7:1 for generic growth.

In-line with the rapidly growing headcount across both QueryClick’s London and Edinburgh offices, Leeanne Weatherston has also been promoted to head of HR and is also based in Edinburgh, who previously held the position of HR manager and sits on the company’s senior management team. She has been joined by Stephen McMenamin in a newly-created role of Talent Acquisition specialist, who will be responsible for attracting and recruiting high performing talent as demand for QueryClick’s services grows.

Commenting on the consultancy’s recent growth, founder and CEO of QueryClick, Chris Liversidge, said: “We have made great progress with the early phases of our growth strategy which is focused on the re-organisation and strengthening of our management team.

“Stuart, Haitham, and Leeanne have made themselves invaluable to the business and have continuously shown true commitment and dedication. Their breadth of industry knowledge and expertise is second to none and they were the natural choice to take on our new head-of-department roles.

“The addition of Kristi and Stephen is a huge boost to the team, bringing vast commercial and industry experience to their new roles. I am confident that they will both help to build on our existing reputation and expand our footprint in the UK, and internationally.

“Last year, we enjoyed some of the best financial results of the consultancy’s ten-year history, recording a 47 per cent year-on-year revenue increase after securing a series of new client wins, including BT Group, Schuh and Johnstons of Elgin.

“These new business wins coupled with contract extensions with our existing client base to deliver additional services brought in over £700,00 in 2017. With the support of our newly strengthened senior team, I’m looking forward to building on this success even further, and fulfilling our commercial strategy and ambitious growth plans.”

QueryClick is an independent agency that challenges group agency models, delivering high performance results for enterprise brands. Working with a client-base of the world’s most-well-known brands, it has managed over £1 billion of client revenues in 28 international markets after a decade of growth.

A challenger consultancy operating in the digital marketing sector, QueryClick, was founded in 2008. From its growing offices in London and Edinburgh, QueryClick delivers best-in-class multi-channel data insights and strategic consultancy to support large UK brands maximise their SEO and PPC performance. The agency operates with a relentless focus on driving sustainable, collaborative success, disrupting the industry, with a vision of re-inventing the future of marketing.

MEDIA RELEASE issued by QueryClick. You too can share your stories (aka press or media releases), on this site. Email here for more information.