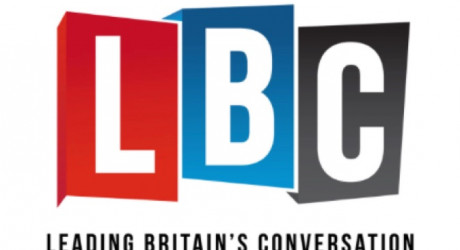 EDDIE Mair is joining LBC and its team of award-winning presenters in September. The distinguished and influential broadcaster will join the nation’s biggest commercial news talk radio station in September to host a brand new show. In May, LBC recorded the highest reach in its 45-year history with 2.2 million people tuning in every week.

Mair has hosted PM on BBC Radio 4 for the past 20 years. He has regularly presented a range of Radio 4 news programmes and ‘Newsnight’ on BBC TWO. The multi award-winning presenter joined the BBC more than 30 years ago in 1987, starting at Radio Scotland.

James Rea, managing editor of LBC and group head of news at Global, said: “Eddie is a hugely respected broadcaster and I’m looking forward to adding him to our phenomenal presenter line-up.  The LBC team have fuelled the growth of the station as we’ve broken our own records enjoying our highest ever listening figures in 45 years. I know Eddie’s new show will be exceptional when it launches in September.”

Eddie Mair said: “LBC has established itself as a ground-breaking broadcaster. Innovative, informed and fun with appointment-to-listen shows and a reputation for setting the agenda, its growth has been driven by bosses and staff who are passionate about radio, which is why I am eager to get started.”

LBC is the only radio station that gives its audience direct access to to the people making the decisions that affect their lives, and a platform to express their views. Week in week out, LBC fuels national debate with breaking news and informed provocative opinion.

LBC is available across the UK on DAB digital radio and TV, the LBC app, at LBC.co.uk, on the Global Player and in London on 97.3 FM.

LBC is Britain’s biggest commercial news talk radio station, tackling the major stories of the day and the issues that matter with 2.2 million listeners across the UK. LBC presenters are known for their informed and incisive analysis, and include Nick Ferrari, James O’Brien, Shelagh Fogarty, Iain Dale, Nigel Farage and Maajid Nawaz. The multi-award winning ‘Nick Ferrari at Breakfast’ now attracts an audience of 1.2 million people every week. LBC is owned by Global. It is available across the UK on DAB digital radio and TV, the LBC app, at LBC.co.uk, on the Global Player and in London on 97.3 FM. Source: RAJAR / Ipsos-MORI / RSMB, period ending April 1st 2018.

Global is one of the world’s leading Media & Entertainment groups.  With a portfolio of some of the largest and most respected media brands and music events, Global reaches 31 million people every week including 25 million on the radio alone. Global is the second biggest festival company in the UK.  The company headquarters is in London’s iconic Leicester Square and Global has more than 1,600 people working at 32 broadcast centres and offices around the UK, the US and in France and Germany. Ashley Tabor OBE is founder and executive president, Stephen Miron is Group CEO, Richard Park is group executive director and director of Broadcasting and Lord Allen is chair. Tabor created Global in 2007.

MEDIA RELEASE issued by Global Radio. You too can share your stories (aka press or media releases), on this site. Email here for more information.