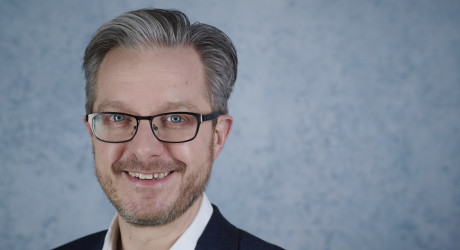 STV has appointed Richard Williams as managing director of its newly-formed Digital division as part of an ambitious strategy to place digital front and centre of the organisation to deliver its three-year growth plan.

Williams joins STV from UKTV where he was general manager of UKTV Play, the successful VOD service from the multichannel broadcaster behind channels such as Dave, Gold, Really and Drama.

This key appointment is part of STV’s three-year strategy for creative and digital growth, which will see the company invest £15m in new original content and its digital service STV Player to re-establish STV as an independent creative force in Scotland and beyond.

In the newly-created role, Williams will focus on driving the growth of the STV Player  – already the fastest growing broadcaster VOD service in the UK – by maximising the digital potential of STV’s programming, delivering a seamless viewing experience, increasing the reach of the Player and developing exclusive and compelling digital content in partnership with STV Productions.

Richard will join STV in October 2018.

Richard Williams said: “I’m thrilled to be moving to STV at such an exciting time. The digital vision that Simon has set out for STV is compelling, and I am delighted to be joining the team in Glasgow in order to help realise those ambitions.”

Simon Pitts, CEO of STV, said: “I’m delighted that Richard will head up our newly created Digital division, where we have ambitious plans to turn the STV Player into a world-class streaming service delivering a personalised ‘STV for everyone’. Richard has a fantastic track record of overseeing successful digital strategies for a range of blue-chip media organisations and he will bring invaluable expertise and innovation to the business as we deliver strong, profitable digital growth.”