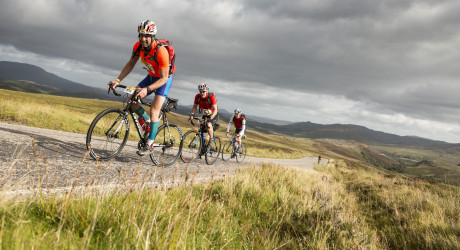 ENTRIES are still open for Coast to Coast 2018, Rat Race Adventure Sports‘ hugely popular adventure challenge, staged in the Highlands of Scotland on Saturday 8 and Sunday 9 September 2018. 2000 athletes will run, bike and kayak 105 miles on a point to point, east to west journey along the Great Glen from Nairn Links (IV12 4NQ) to The Isles of Glencoe Hotel, Ballachulish (PH49 4HL), one of the most beautiful, mysterious and varied landscapes in the World.

For a video preview of Coast to Coast go to https://youtu.be/lJB5dcouud0

Coast to Coast is a fully-supported and way-marked multisport adventure challenge, a wild endurance event in unforgiving terrain. The route, which includes a total ascent of 10,840 feet, takes in stunning lochs, brooding glens, enchanting forests, rugged mountains and the most fantastic views imaginable. It also features many evocative landmarks and locations that are steeped in generations of history, folklore and legend. These include Cawdor Castle, Loch Ness, Fort Augustus, The Great Glen, Fort William, Glen Coe and Loch Leven.

Since it was first staged in 2007, more than 10,000 intrepid adventurers have taken on this magnificent challenge. As many as 8,000 of those participants have travelled from outwith Scotland, from as far a field as New Zealand, the USA and Europe, to experience the true beauty (and sometimes brutality) of the Highland terrain and its ever changing weather.

The athletes, taking part as solos or in pairs, set off from Nairn on the Moray Firth, in waves from as early as 06.45. They start with a seven mile trek / run to Cawdor Castle, followed by a 48-mile road cycle along the edge of Loch Ness and a half-mile run (that includes a 500 metre kayak on Loch Ness).

They then transition again into a 21-mile off road cycle and a 13.5 mile-road cycle through the Great Glen to Fort William, where the bike is replaced by running shoes and they take on a 14-mile trek / trail run to Loch Leven. The adventure challenge finishes at The Isles of Glencoe Hotel in Lochaber with a one-mile flat water kayak.

However, the Coast to Coast is definitely not for the faint hearted and participants will need to be prepared physically and mentally with an element of self sufficiency in remote locations. Following the Great Glen from East to West means journeying into the prevailing wind and participants should expect winds that stop them free-wheeling downhill and rain that makes hills too slippy to run on!

This epic journey can be taken over two days as a Challenger (an average time of 14 hours) or in just one day as an Expert (an average of 12 hours), a mammoth undertaking! Most athletes take on the mighty Coast to Coast over two days where the brave weekend warriors can break things up with an overnight camp at Fort Augustus. With a good rest, refuel and recharge it makes the race makes it more achievable and allows participants to enjoy a cracking weekend out with friends, relations and work colleagues.

Coast to Coast is also ideal for spectators and supporters, having plenty of highlighted spots the entire length of the route to both view the action and refuel and cheer on the brave. This year, organisers will be replacing chip timing with live GPS tracking allowing safety teams and armchair supporters to monitor participant progress live.

When it comes to adventure tourism Rat Race Adventure Sports (registered in Scotland in 2004), provider of the largest selection of mass participation multi-sport events and challenges in the UK, have fully embraced Scotland’s potential as a world-class destination for adventure challenges, making the very best of its stunning urban and wilderness playgrounds of the highest quality.

The enthusiastic and professional team are experts at attracting visitors, from the rest of the UK and all over the world who are desperate to explore the real Scotland, through their ever evolving programme of adrenaline fuelled and achievable adventure challenges that match customer demand with the best of Scotland’s great outdoors. Since they staged their first event, the legendary Edinburgh Rat Race, recognised as the UK’s first urban adventure race, in 2004, over 500,000 people have taken part in their Scottish events. Sixty-five per cent of those have been visitors from outwith Scotland. Participant numbers in Scotland have doubled in the last five years with 20,000 entering Scottish events, with at least 75 per cent of those coming from outwith Scotland.

For a selection of downloadable Coast to Coast images from 2016 and 2017, go to https://www.dropbox.com/sh/4duy17jhffsz915/AADtBSBgY6MunoO4vzgfczs1a?dl=0. Please credit Rat Race Adventure Sports.

Rat Race Adventure Sports (http://ratrace.com/) is a successful Scottish registered company, now based in York, yet with roots still firmly set in the City of Edinburgh. The company’s first ever event, The Edinburgh Rat Race, was staged in the city in 2004. It brought adventure racing into an urban environment and gave spectators a fantastic and thrilling event to watch. The company went on to organise a Rat Race Urban Adventure Series of at least 9 Rat Races in the UK and Ireland.

Rat Race Adventure Sports now offers the largest selection of mass participation, wilderness adventure challenges in Britain, together with a branded range of its own sporting apparel and an online clothing and equipment store.

Their event programme has always been focused on Scotland – urban and wilderness playgrounds of the highest quality. In 2017, Rat Race brought a traditionally wilderness discipline, the ultra run, into an urban environment, making it truly accessible to both runners and spectators.