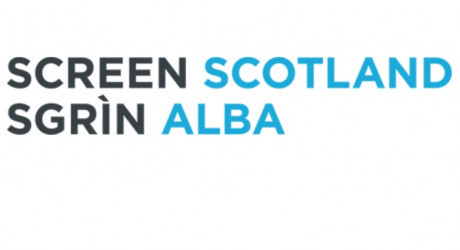 TODAY, on the eve of the Edinburgh TV Festival, Creative Scotland announces the launch of a new £3 million fund for broadcast content and reveals the new identity for Screen Scotland, the partnership that will drive a more successful, vibrant and sustainable screen sector for Scotland.

Also announced today are the highest ever Film and TV production spend figures for Scotland.

The new £3million Broadcast Content Fund, the latest in a series of new and enhanced funds, will support the development and production of distinctive high-quality projects for television broadcast, digital broadcast and streaming platforms that promote Scotland’s culture, creativity and diversity to the world. Open to Scottish-based production companies, the Broadcast Content Fund will make development and production awards of between £10,000-£500,000.

Screen Scotland is backed with £20million from Scottish Government and the National Lottery. Bringing together creative, skills and enterprise partners, Screen Scotland will provide the funding and support that will continue to drive cultural, social and economic development for Scotland’s burgeoning screen sector.

The new dedicated website www.screen.scot is where all details of new and increased support can be found, alongside a wealth of information on Scottish film and television talent, productions, locations, and festivals.

Also revealed today are the latest available figures showing that spend on film and TV in Scotland in 2017 reached £95 million – the highest level since records began – and a £26 million increase on the previous year. Over the past decade, spend has increased more than 300 per cent.

Robert Wilson, chair of Creative Scotland, said: “I’m enormously proud to be announcing this significant moment in the development of Scotland’s screen sector. As a result of the determination and focus of all our partners, the hard work of our dedicated team, and the incredible support of the Scottish Government and the National Lottery, we are another step closer to delivering a strong and confident sector for the benefit of all.

“Building on the sector’s achievements to date, these latest announcements deliver further on the promise to increase funding, build stronger relationships at home, in the wider UK and internationally, increase capacity within Screen Scotland, working in close collaboration with the sector to ensure its success.

“I firmly believe that Screen Scotland’s identity offers a clear and distinct brand that will resonate with the sector and our national and international partners.

“With Isabel Davis joining us to lead Screen Scotland in a matter of weeks, David Mackenzie’s Outlaw King opening Toronto International Film Festival, the extraordinary feature documentary Aquarela receiving its world premiere at the Venice Film Festival next month, as well as record levels of production spend in Scotland, these are truly exciting times for Scotland’s screen sector.”

“It aims to attract, retain and develop talent and businesses in Scotland. There is new and enhanced funding and support that puts Scotland on a par with other nations. The new Broadcast Content Fund will invest £3m in our TV sector to provide it with the targeted financial backing it needs to develop.

“Scotland has the talent and the opportunity to grow its TV sector and the job of Screen Scotland is to make sure we seize the moment.”

Today’s announcement follows the recent appointment of three new board members, Elizabeth Partyka, David Strachan and Ewan Angus whose extensive experience of broadcasting, television and film will help drive further growth for Scotland’s film and TV sector as set out in the plans for the Screen Scotland.

Full application guidance for the Broadcast Content Fund can be found at www.screen.scot

By broadcast content, we mean a single or a series of audio visual works intended for commercial distribution to a dispersed audience via any electronic mass communication medium, including but not limited to television broadcast, digital broadcast and streaming platforms in a one-to-many model.

The Broadcast Content Fund accepts applications for all genres of broadcast content including factual and scripted programming.

For information about our new and enhanced funds for film and tv, and everything you need to know about filming in Scotland, please visit: www.screen.scot

Screen Scotland is the new dedicated partnership for screen in Scotland, delivering enhanced support for all aspects of Scotland’s screen sector.

Screen Scotland will lead the growth of the sector through increased funding and support for film and television production, an increase in specialist staff and further investment in skills, festivals, audiences and education.

Screen Scotland sits within Creative Scotland and is a partnership with Scottish Enterprise, Highlands and Islands Enterprise, Skills Development Scotland, Scottish Funding Council, with funding from Scottish Government and the National Lottery.