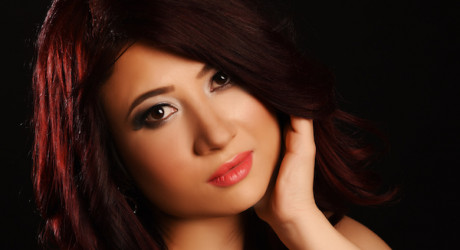 ANDREA Aviet does not do things by halves. The Scottish launch of her new charity project is unlikely to let the side down.

The award-winning author, inspirational fundraiser, publisher, international speaker and global goodwill ambassador, has already built a high profile around her autobiographical book, White Sorrow: her difficult and sometimes harrowing story of a broken and abusive marriage, and subsequent recovery to build a career that embraces the literary, academic and third-sector worlds.

Featured in the video project ‘1000 Londoners’, Andrea Aviet has grown from a survivor to a campaigner against domestic violence, and for women’s and family welfare. Now she’s in demand as a speaker, passing on her infectious enthusiasm for life to audiences around the world, with Scotland in her sights.

Her mixed English and Armenian heritage has blessed her with arresting looks, a generous nature, and a broad cultural background that’s helped her understand the challenges faced, particularly by women, all around the world.

“I chose to be a role model and inspiration,” she says, ahead of a brief reconnaissance visit to the Central Belt of Scotland.

“After suffering a serious setback or a trauma in life, it’s not everyone who has the ability to regain their lost strength. Hate and anger consumes your soul until bitterness takes hold and all you think of is revenge. I’ve been through the darkest of hours myself, and come through. I want to share the knowledge of that pathway with as wide an audience as possible, and that’s why I have such a diverse portfolio of projects in writing, speaking, charity and campaigning.”

Although this is her first visit to Scotland, Andrea’s work has been recognised here already. She was a shortlisted nominee for the annual Robert Burns Humanitarian Award, supported by South Ayrshire Council and EventScotland.

Her schedule is not diminished by caring for her young family. “Try to be bigger than yourself. That’s where the real test comes,” she says. “I find the energy and drive to keep going because everything I do I believe in, passionately. If I work hard enough I can touch lives and make a difference for the better. It’s about wanting to do something good in life, an ambition we all can share.”

Andrea is working on the launch of a charity, touching base with environmentalism, consumerism, family welfare and poverty in modern Britain. “The focus is on recycling the unwanted to those in need,” she says. “The model is to help all of us give directly to identified individuals and families in need. It’s less shop based and more clearing house.”

Not short on ideas, she’s already organising a charity fundrasing football match in Glasgow, and, in Edinburgh, she’s going all bake-off with a five-foot tall cake to feed a party style launch.