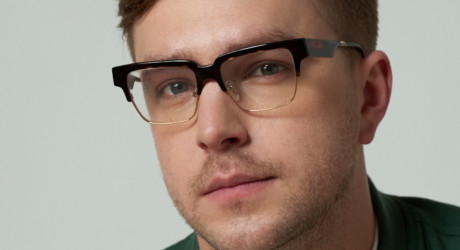 SCOTTISH comedian, Iain Stirling, will kick off the new BBC Scotland channel on 24 February with A Night at the Theatre, an one-off show to feature Scottish performing talent with comedy, music and plenty of audience surprises.

In an evening packed with laughs and entertainment, the show will be recorded as live at the Theatre Royal in Glasgow and will broadcast on launch night (exact times to be released).

The show is produced by the Scottish production arm of Hungry Bear Media, the company behind All Round to Mrs Brown’s and Michael McIntyre’s Big Show.

Neil McCallum, executive producer, says: “Hungry Bear Media is delighted to produce A Night at the Theatre as part of the BBC Scotland launch.

“With the brilliant Iain Stirling overseeing an exciting mix of must-see Scottish comedy and entertainment, we’re expecting an unmissable show. A Night at the Theatre is part of our ongoing commitment to growing our production base in Glasgow, which we established over two years ago, and it adds to the work we have done with BBC Scotland through our All Round to Mrs Brown’s series.”

Gavin Smith, BBC Scotland commissioning executive for Scripted and Entertainment, says: “We’re thrilled that Iain will be hosting this entertainment extravaganza to kick off our new channel. We want it to bring the fun, warmth and feel-good factor of a big comedy night out at the theatre to living rooms across Scotland.”

Commenting on the gig, Iain Stirling, says: “I can’t wait to be part of the launch of the new BBC Scotland channel with a big night out at the prestigious Theatre Royal in Glasgow. I spend too much time in London so it’ll just be nice to film a TV show where I can speak at a normal pace.”

The core hours of BBC Scotland will be 7pm-midnight. Newly-commissioned programmes span the genres from factual, entertainment and arts to comedy, drama, news and sport, meaning hundreds more hours of additional content for audiences in Scotland. The channel will be available in both HD and SD via Freeview/Youview, Sky, Freesat and Virgin Media. The channel will also be available in HD via BBC iPlayer.