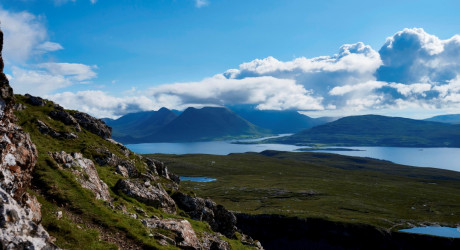 A NEW report published today (Wednesday 20 March 2019) finds that concentrated land ownership is having significant impacts on communities across Scotland.

The Scottish Land Commission report, titled Investigation into the issues associated with large-scale and concentrated land ownership in Scotland, is published alongside a set of recommendations to Scottish Government Ministers.

Representing the most substantial investigation conducted into the impacts of this issue, the report is based on robust evidence about rural land ownership that shows how the concentration of social, economic and decision-making power significantly impacts communities across the country.

The report follows a call for evidence by the Commission last year, for anyone with experience of living or working in parts of Scotland where most of the land is owned by a small number of people, to share their experiences.

More than 407 people, from landowners and land managers to community representatives and individuals, submitted evidence.

The main findings in today’s evidence report include:

Speaking about the report, Hamish Trench, CEO of The Scottish Land Commission, said: “Concern about the impacts of concentrated land ownership in Scotland has long been central to the land reform debate.

“This evidence report allows us to move on from debating whether ownership is an issue, to understanding what the issues are and how they can be addressed.

“The evidence we have collected shows clearly that it is the concentration of power associated with land ownership, rather than necessarily the scale of landholding, that has a significant impact on the public interest; for example, in relation to economic opportunities, housing and community development.

“Good management can of course reduce the risks associated with the concentration of power and decision making, but the evidence shows that adverse impacts are causing significant detriment to the communities affected. This points to the need for systemic change beyond simply a focus on good management.”

Informed directly by the evidence that has been gathered, the Commission is today making initial recommendations to address the adverse effects identified, and to stimulate a more productive, diverse and dynamic pattern of land ownership.

The Commission recommends the introduction of a public interest test and approval mechanism at the point of significant land transfer, an obligation for larger land holdings to engage on and publish a management plan, and a review mechanism to address adverse impacts on communities where normal responsible management approaches are not effective.

“The reforms we propose are a first step to address the significant issues identified in the evidence and move towards a more diverse and dynamic pattern of land ownership.

“Some of these reforms will require legislative change, and, in the short-term, we have identified the need for stronger leadership within the land ownership sectors to address the risk and impacts identified and implement a programme of land rights and responsibilities good practice.

“These reforms seek to address the issues of concentrated land ownership using ways that are normal in other countries and economic sectors. It is common in international practice to have some form of approval measures at point of land transaction and we are also used to regulating the concentration of market power and monopoly positions in other sectors of the economy.”

The Commission is to engage widely with stakeholders and the public on the findings of the evidence, its implications and their recommendations, through a series of events and public meetings culminating in a land reform conference in October 2019.

MEDIA RELEASE issued by Pagoda Public Relations. You too can share your stories (aka press or media releases), on this site. Email here for more information.