Media release: Leading lights of factual and drama to come to Edinburgh 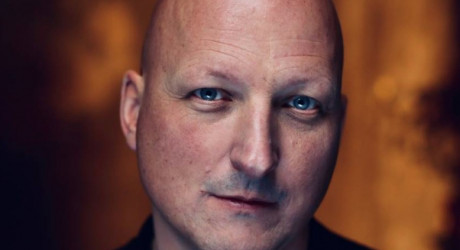 Reed (pictured) will join a panel including other leading filmmakers, to look at the future of factual, and the renewed appetite for high-quality, feature documentaries with global appeal.

Reed, who is also behind award-winning and critically-acclaimed documentaries including The Valley, Terror in Mumbai and The Paedophile Hunter, said: “Leaving Neverland shows how unfolding a complex, character-led, uncompromising and very, very long true story can still draw a mass audience in a landscape of info-mush and fake news.”

Meanwhile, to mark the 20th anniversary of Queer as Folk – one of television’s most ground-breaking dramas, writer Russell T Davies and executive producer Nicola Shindler, join an exclusive masterclass at the festival.

It was the show that broke the mould. It was 1999 and Channel 4 broadcast the story of three gay men living in Manchester, and things were never the same again.

In this session, multi-award-winning writer Davies and Shindler, founder of Red Production Company and CEO of StudioCanal UK, will join a panel of stars to discuss their collaboration on Queer as Folk, what it meant to them, the genesis of the show and the impact it had.

The panel will consider how the television landscape has changed in terms of LGBTQ+ representation over the last two decades and how an unassuming eight-part drama became a global phenomenon.

Festival director, Lisa Campbell, said: “The festival is famous for provoking and inspiring in equal measure and both Russell T Davies and Dan Reed promise to do just that. The turn of the millennium breakthrough hit Queer as Folk dealt with issues that had rarely been seen on TV before and has had a huge impact ever since, while Dan Reed’s compelling film has become one of the most hotly-debated documentaries of all time.”