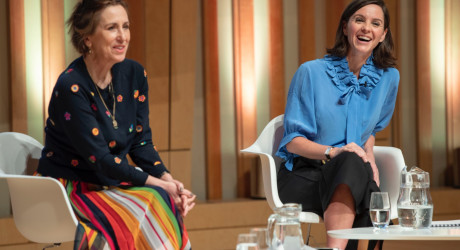 GLASGOW has been chosen as the host city for next year’s Creative Cities Convention by an industry judging panel comprised of representatives from the BBC, ITV, Channel 4, Channel 5, Broadcast magazine and industry trade body, Pact.

The convention, which launched in Leeds in 2018 and took place in Cardiff earlier this month, sees around 350 delegates from the broadcast industry come together over two days to discuss and debate content production and distribution across the UK.

Each year, the conference holds a competition known as the Big City Challenge as a way of selecting a new location for the event, year on year. Glasgow faced stiff competition from NewcastleGateshead and Nottingham.

The three cities each premiered a short video demonstrating their credentials to host the 2020 convention on the main day of this year’s event and also submitted detailed written proposals. The winning bid was led by Sandy Robertson, head of production at Raise the Roof Productions, on behalf of the Scottish Production Talent Forum, which is a group made up of local independent production companies, broadcasters and other creative bodies.

Underlining the significance of the creative industries to Glasgow’s future, the bid made reference to the investment by the Scottish government of £20 million per year, and the fact that the city was chosen recently as one of Channel 4’s three new creative hubs, alongside Bristol and also Leeds, where the channel’s new national HQ will be based.

Ruth Pitt, director of the Creative Cities Convention, commented: “Once again, it’s been a really difficult decision, with Glasgow, NewcastleGateshead and Nottingham all making outstanding bids. Together, these cities demonstrate what a rich and thriving sector we now have outside London, and although Glasgow’s sheer scale and support clinched it for us, we are delighted that the bid process has brought producers and local government leaders closer together in all three locations.

“We’re hugely grateful to them for producing inspiring videos and proposals that showcased their brilliant media sectors and talent, reminding everyone that there’s never been a better time to be working in our industry outside London.”

“With the BBC’s new dedicated channel for Scotland now on the air and Channel 4 preparing a new Creative Hub in the heart of the city, there couldn’t be a better time for the convention to come to Glasgow. The event will benefit from the energy and enthusiasm that typifies Glasgow and its creators – but also inspire our up-and-coming talent, ready to make their mark.”

Phil Spencer, co-director of Raise the Roof Productions (along with Kirstie Allsopp), added: “This is brilliant news for Glasgow and I am absolutely delighted that the Creative Cities Conference is heading our way!

“There are so many wonderfully creative and talented people in Glasgow nowadays; it’s sure to be a massive success for all concerned. I’m absolutely delighted as this is the type of endorsement that really positions the city where it deserves to be – as an inspirational and creative hub.”

Sandy Robertson, head of production at Raise the Roof Productions, commented: “Having led the charge for Glasgow to host the 2020 Creative Cites Convention, I am thrilled that the city has been recognised to host next year’s event. I am in no doubt that our city is home to some of the most innovative and talented creatives in the country and the opportunity to celebrate, share and nurture this talent is very exciting indeed.”

John McVay, chief executive at Pact, said: “We are delighted to see the next Creative Cities Convention move to Glasgow, a city with an established and vibrant TV production sector. The CCC is going from strength to strength as a platform to really explore both the issues and opportunities that companies in the Nations and Regions face and we look forward to continuing the dialogue in Glasgow in 2020.”

This year’s Creative Cities Convention was hosted by Kirsty Wark and took place in Cardiff on 1st and 2nd April 2019.

Dates for the 2020 convention in Glasgow will be announced in the autumn.

To find out more and view the Big City Challenge video pitches, visitwww.creativecitiesconvention.com.

The Creative Cities Convention is a joint collaboration between the BBC, ITV, Channel 4, Channel 5 and Pact, a real statement of intent at a time of great change for anyone working in the business of digital content creation across the UK.

Ruth Pitt is a media consultant, director of the Creative Cities Convention and chair of Leeds 2023, a £35m five-year cultural investment programme for the city. She also runs the Commissioning Mentor Network for Channel 4 and was recently creative consultant on the successful Leeds bid for Channel 4’s new National HQ.

Ruth is a trained print journalist and a former head of documentaries at Granada TV, creative director of documentaries in BBC Religion and Ethics and MD of Real Life Productions. She regularly interviews writers, celebrities and politicians at live events and works in both London and Yorkshire.

The purpose of the Scottish Production Talent Forum is to attract, develop and retain television production talent in Scotland for the benefit of all in the local industry.

MEDIA RELEASE issued by Anita Morris Associates. You too can share your stories (aka press or media releases), on this site. Email here for more information.