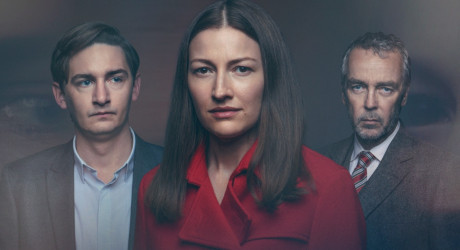 STV Productions’ critically-acclaimed, four-part drama, The Victim, which aired on BBC One in April, has recorded the highest percentage increase to audience viewing on catch-up for a drama series across both BBC One and ITV since records began.

Positive press reviews and strong word of mouth on social media for the drama, which aired on consecutive nights, drove millions of viewers, who had missed the live transmission, to seek it out on catch up.

The average audience for the series increased by 82 per cent* across all platforms in the seven days since initial transmission with episode one now viewed by more than 7.2 million people.

Starring Kelly Macdonald, James Harkness and John Hannah, The Victim is set in Edinburgh and Port Glasgow, within Scotland’s unique legal system. The story is told through the eyes of the plaintiff and the accused and offers a constantly surprising and twisting perspective on who is really ‘the victim’.

Sarah Brown, creative director, Drama STV Productions and executive producer of The Victim, said: “We are thrilled that viewers have responded so positively to The Victim and have been overwhelmed by the number of people who have watched and been so affected by it – we couldn’t be prouder that our drama has had the impact that it has.

“The storytelling in The Victim lends itself to binge viewing and it’s exciting that so many of our audience have chosen to watch the show in that way and have shared their reaction with others.”

The Victim is currently still available to watch online – for further information, or to catch up, visit the BBC iPlayer.