Media release: Spotlight on Red Sky at Night Events as sports presentation partner for the tournament billed as the ‘greatest-ever celebration of cricket’ 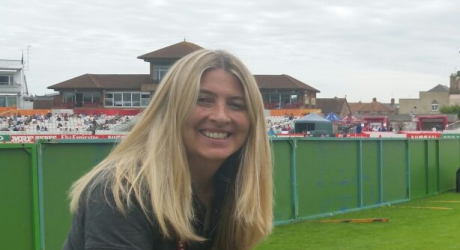 EXPECTED to be the third most-watched sporting event in history, the 2019 ICC Men’s Cricket World Cup (CWC19) will be staged in England and Wales 30th May -14th July, comprising 48 one-day internationals in 11 stadia between ten competing nations.

Unprecedented demand for matchday tickets during the initial ballots should see near capacity crowds throughout, with an estimated 1.5 million cricket fans expected to witness the live match spectacle.

CWC19 and Red Sky at Night Events (RSANE) will deliver fan activation and sports presentation on all matchdays for three vital stages: walking routes from city centre hubs to stadia, off-pitch stadia concourse and fanzone areas and in-bowl activities, which covers everything from the opening ceremony to pre-match and mid-innings entertainment to multi-media content production and energising the in-match atmosphere.

Head of tournament sports presentation, Annabel Graham, gave a hint of what fans can expect on matchdays. She said: “Our incredibly varied programme will inform, entertain, excite and even surprise fans throughout matchdays. Young cricket fans are in for a treat with hands-on interactive skills challenges and kid-friendly materials. We’ve catered for cricket ‘newbies’ with quick-guides explaining cricket rules and game-plays. Fans of all ages will love the varied entertainment set to keep the matchday atmosphere energised from dawn till dusk.”

RSANE MD, Jenny Gilmour, commented: “The sheer range and depth of fan engagement fielded by CWC19 has required a vast amount of planning and, to help us deliver on matchdays, our teams will be supported by the World Cup Cricketeers, the wonderful volunteer army now recruited and with whom we’re working closely.

“From innovative digital and social interactions to fun-packed activity areas in the stadia concourse to selfie-walls, kid-friendly materials and ‘in-match’ entertainment, our mission is to deliver fans an unforgettable and high-octane matchday experience.”

Gilmour reflected on her agency’s latest challenge: “Since our formation 17 years ago, we’ve been at the forefront of sports presentation, developing innovative matchday concepts for clients as varied as the SRU and RFU, Rugby Football League, the Ryder Cup Europe and British Cycling.

Gilmour added: “This is an exceptional summer for Red Sky at Night Events, with our teams set to deliver sports presentation at two World Cups; the  ICC Men’s Cricket World Cup 2019 plus the fan activation and in-arena presentation for the prestigious Vitality Netball World Cup 2019 at the M&S Bank Arena, Liverpool.”

In recent years, RSANE has led the field in sport presentation delivery, most notably through its video creation and production capabilities, its well-earned reputation for digital adeptness and innovation and its strengths in blending matchday activations and content creation with social and web engagement.

Another feather in the agency’s cap is the vastly-experienced core RSANE team, whom Jenny Gilmour has fielded for more than a decade and who bring a combined 150+year’s event management experience.

Red Sky at Night Events Ltd, is an UK-based event management company, expert in delivering events of all sizes to a variety of global and national clients. Meticulous planning, exacting delivery, creative flair, content creation and digital innovation are its hallmarks.

Founded in 2002 and with offices in Edinburgh and London, the agency has managed every conceivable type of event, from highly prestigious corporate gatherings, to large scale public festivals and, most notably, delivered sports presentation programmes at over 200 international sporting events at almost all the UKs largest stadia.

For further information about Red Sky at Night Events Ltd: