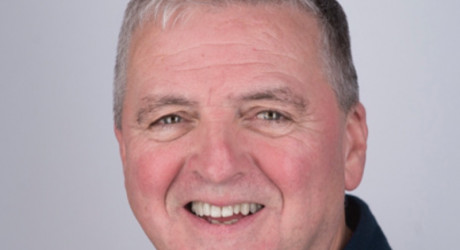 MEDIA and PR big hitter, Ally McLaws, has left his post as a senior communications director in NHS Scotland.

After 14 years in charge of media, staff and stakeholder comms for Europe’s largest single health authority at NHS Greater Glasgow and Clyde he took senior executive colleagues and his peers by surprise with the announcement he was quitting to launch the McLaws Consultancy Ltd.

“I’ve had two wonderful and challenging chapters in my professional career – and now it is time for a third,” said McLaws.

As chief reporter and then news editor of the Evening Times newspaper, he won Scottish and UK national awards for his campaigning and investigative journalism – before entering the volatile and demanding world of NHS communications.

Among the awards secured by the NHSGGC communications team was the CIPR Scottish Public Sector Team of the Year title, 2010.

“There’s a lot of great PR advice agencies out there already and it was a big decision to walk away from a great job with NHSGGC – not to mention a good salary!

“But the time is right for my third re-incarnation – this time as the owner of my own agency.

“I think I have an unique blend of experience and skill to take to the market – time will tell.”

McLaws also served as a director on the Prince and Princess of Wales Hospice board, helping to raise £21m to build a new hospice for Glasgow.

He also served for six years on the NHS Scotland Credit Union – two as chair.

One of his former media managers – Emma Edwards, head of Corporate Communications and Engagement, UWS – posted on Linkedin when the news broke: “Look-out PR world… big fish coming through!”

MEDIA RELEASE issued by McLaws Consultancy. You too can share your stories (aka press or media releases), on this site. Email here for more information.