Media release: Veterans in pictures ahead of poignant return to scene of D-Day 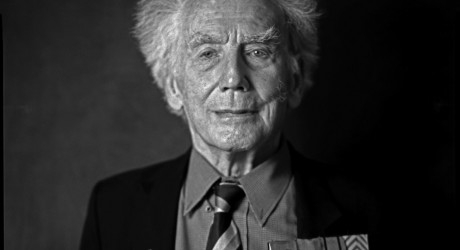 SIX Scottish veterans are today embarking on a poignant pilgrimage to the beaches of Normandy as part of the commemoration to mark the 75th anniversary of the D-Day.

To mark the important milestone, Legion Scotland and Poppyscotland have commissioned a series of stunning portraits of these brave veterans to highlight their remarkable stories of that fateful day in June 1944.

The six Scottish heroes will be part of a group of 300 D-Day veterans who will be travelling to Bayeux in France exactly 75 years to the day since the famous landings. Legion Scotland, Poppyscotland and The Royal British Legion have chartered the cruise ship, MV Boudicca.

After setting sail from Dover tomorrow, the veterans will take centre stage at national commemorative events in Portsmouth on Wednesday before they retrace their famous journey across the Channel on Thursday.

Dr Claire Armstrong, chief executive of Legion Scotland, said: “D-Day was a pivotal moment in the Second World War. The remarkable stories of these six Scottish veterans provide us with an important reminder of both the bravery and tragedy which surrounds that day.

“Legion Scotland is committed to providing comradeship for those in the Armed Forces community and to ensuring the memory of those who fell in service to our country is remembered forever. It will be an honour and a privilege to host these incredible gentlemen, and to recognise the immense contribution of an entire generation.”

The Second World War veterans were photographed on a Graflex Super D large format film camera made in the USA in the 1940s.

Details of each of the six men, along with experiences of D-Day in their own words, are as follows: